If you’ve bitched and moaned about authors sidelining pregnant women, this is the story for you. Annice is a Bard. She walks – and Walks – the country, a messenger service and entertainer and spy in her home country. She sings to elemental spirits; because she sings to all of them (she’s exceptionally talented), she’s said to Sing the Four Quarters. However, Annice is vomiting a lot and feeling quite ill on her way home…

When she arrives home to her lover, Stasi, Stasi sends Annice to the healer for a checkup. Luckily they have an open relationship or Annice’s pregnancy might have caused a few problems.

Pity her brother decreed that she’d be a traitor if she ever had a child without his express authority. But that’s what you get when you’re a princess who refuses an arranged marriage, preferring career and vocation.

Then baby-daddy is accused of treason. Annice doesn’t like him. It wasn’t an emotional relationship, just one night of physical passion. But it leaves her fearing twice over for her baby’s life. So, to fix things – to really, really cement the treason – she helps baby-daddy to escape in the hopes of clearing his name. And flees with him because her magic is his best protection on the road.

Sing the Four Quarters is a feudal fantasy novel with excellent representation of genders as equal and queerness as accepted. The king, who is in a loving exclusive marriage, is somewhat disappointed – annoyed? – that he doesn’t get the opportunity to turn down a handsome bard-man who flirts with everyone. This is an inclusive society where no one even considers homophobia. It’s just not a thing.

And the wimminz rock. From the Princess Bard to the Captain of the Bard to the arranged-marriage-queen who has a loving relationship with her husband after their many years together.

I loved Sing the Four Quarters. It reminds me strongly of the Menolly books in Ann McCaffrey’s Harper segment of her Pern series. I also quite like the “resolution” to the personal dilemmas after the climax resolution.

Hero Is A Four-Letter Word is an anthology but, to some extent, is similar in flavor. Where Oblivion Lives is also, in my opinion, a good fit for readers who enjoy Sing The Four Quarters. 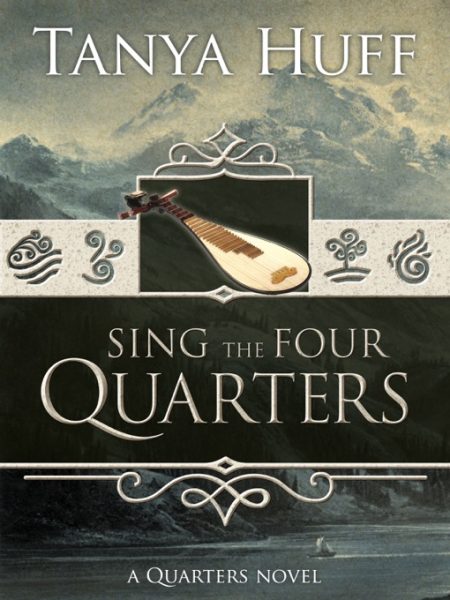