I don’t normally allow blatant advertising on this site although eventually that will change (advertising for $$ to help run the site).  This ad, however, has been put up by moi free of charge as a great big thank you to K’rin Pender-Gunn, the widow of Hugo Award-winning artist Ian Gunn, for allowing Dark Matter to use Ian’s art free of charge.

For a very small fee K’Rin will send you out a CD of Ian’s work.  K’Rin is very approachable; ask her for permission to use Ian’s work on your website or in your zine.  The proceeds go to a memorial fund and keeping Ian’s memory and work alive.

Dark Matter is privileged to be allowed to use Ian’s work, thanks to KRin Pender-Gunn, Ian’s wife.  To find out more about Ian’s life and work, go to http://members.optusnet.com.au/kringunny/ianbio.htm. 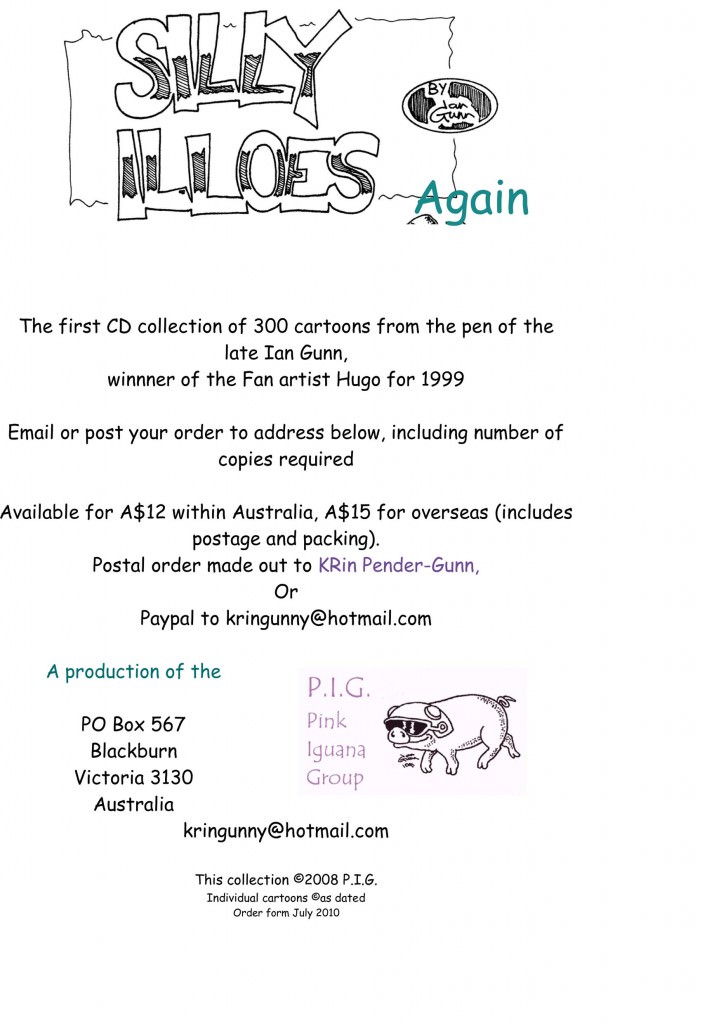