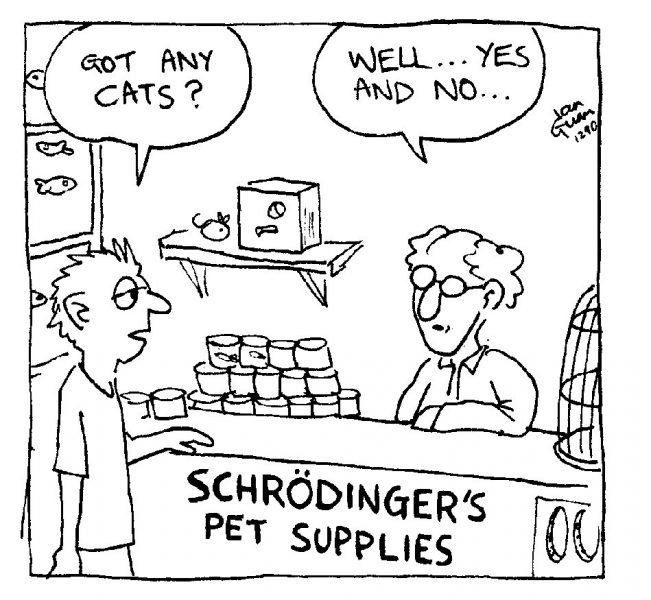 A man walks into Shrodinger’s Pet Supplies and asks “Got any cats?”

The man behind the counter, presumably Shrodinger, replies, “Well… yes and no…”

If you don’t get the joke, the below video gives a short explanation. Don’t tell PETA.