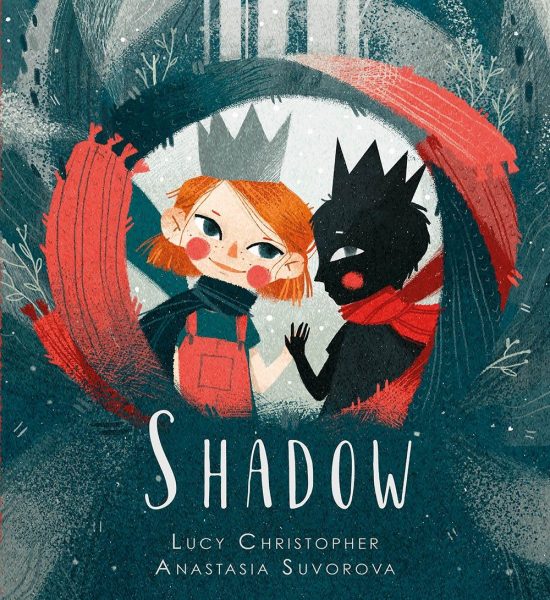 A young girl tells the story of her experience moving with her mother to a new house in the children’s picture book, Shadow, written by Lucy Christopher and illustrated by Anastasia Suvorova. The girl finds an imaginary friend called Shadow, who serves as a metaphor for grief, sadness and loneliness. Shadow is her playmate and companion while her mother is distant and distracted, until an incident changes everything.

The narrative in Shadow is indirect and vague. It speaks from the perspective of a child, and isn’t a straight story, but more like a series of statements which reflect on the girl’s experience and views. This results in a fairly abstract adventure, which needs some interpretation for children.

I read this story to my own primary school aged children. They were interested and engaged during the book but confused at the end. When asked what had happened they could recount some key events. However, they had trouble articulating the meaning or significance of the Shadow character or what several of the statements were about.

We spent some time looking back through the pages and observing clues about the girl’s experience, such as the darkness in the early illustrations compared to colour toward the end. Even with these clues, however, it is unclear  exactly what Christopher was trying to covey.

Shadow seems like a metaphor for loss, change and sadness, and yet he is a source of comfort, playfulness and fun. The mother is depressed or grieving, in either case, disconnected from the girl. After the incident the mother re-engages and Shadow is no longer around, but I couldn’t identify how to use this metaphor to help my children understand parental depression, except to affirm that it is a difficult experience.

Shadow explores darker emotions experienced by children facing change and isolation. The story is more poetic than concrete. It offers some acknowledgment of the feelings associated with these times rather than a structured way to understand sadness or loss. Suvorova has beautifully illustrated Shadow, which has a happy ending. As a caregiver, allow space for any questions it may raise in a young audience. 3 out of 5 stars.