Eleanor is a servant in a Victorian household where maids are dismissed after evidence of the master raping them becomes visible. (Harwood does not actually describe rapes.) Eleanor used to be the kind-of-adopted daughter of the house but, after the mistress of the house died, Eleanor was relegated to staff. Now she’s called Ella. Late at night she uses her former mistress’s key to access the house library to read. One day she finds the novel Faustus. The shadow in the glass is Eleanor’s personal demon.

I don’t think I really need to say any more, do I? Heh heh.

And boy, what a ride.

Over a glass of wine one night at my fave watering hole, I relayed what I’d read by that time to my husband. Then I said I was about 50 pages in. He was STUNNED. So much happened, so concisely, so engaging… He was impressed.

From there, Harwood weaves together melodrama and horror: melodrama motivates Eleanor, thus pushing her to the Dark Side regardless of the cost.

Faustus’s motivation was lust for knowledge and power. In contrast, Eleanor has her own entitlement issues but also lives under threat and her friends also live under threat, a real-world sword of Damocles arising from the antithesis of power.

Melodrama, too, is not my thing but this melodrama was all too realistic. The master rapes servants, servants live in fear of being next, fear of their inevitable future… Shadow in the Glass is an impoverished Downton Abbey crossed with Doctor Faustus. And at least a sprinkling of other references where the author winks at widely-read readers.

Daisy, one of Eleanor’s friends and coworkers, is biracial. We know this from an offhand comment about her getting her hair from her mother. And another comment about Daisy having difficulty “taming” her hair to pass inspection.

There’s a cute Lesbian romance below stairs that Eleanor notes but pretends not to see because of possible ramifications. Besides, both parties to this romance are Eleanor’s friends and they’re mutually consenting and about the same age.

Unfortunately disability only rears its head for people mentioned in passing or in the background to then die, so there’s that. I guess nothing’s perfect, amiright?

Those who enjoy Shadow in the Glass may also enjoy Lost Ones by Anita Frank. 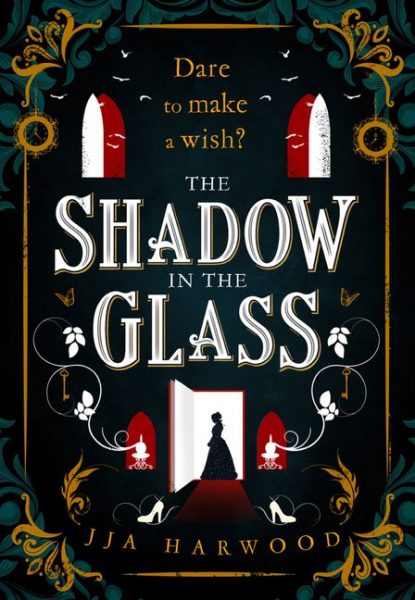