After reading The Ninth House, I promised myself some more Bardugo books. Then came her Wonder Woman story. Now Rule of Wolves is coming out, I decided to take some time out and catch up on Bardugo’s stories that made her so popular. Shadow and Bone appears to be her first.

Alina and Mal are orphans living on a duke’s charity. And it appears to be actual charity in the truest sense of the word with no actual child abuse from the duke. Yay. (That I have to say this is awful.)

They grew up happy together although they suffered hardships. Then they joined the army together, Mal as a tracker and Alina as a cartographer because she was always too clumsy and frail to become a soldier.

They cross the Unsea, a stretch of cursed desert permanently cloaked in darkness with hellish monsters lurking within, preying on travelers. A volcra attacks their skiff, a sail-powered sled. When another volcra attacks Mal, Alina throws herself over his body, screaming… then the world goes white.

Unbeknownst to Alina, she’s been repressing the magical power (“small science”) of a Grisha since she was a child. Her power revealed, she’s carted off to the palace to train and become a part of an informal second aristocracy.

And, in the court, she discovers both friendship and intrigue.

Shadow and Bone vs class and minorities

Bardugo’s writing includes class and gender struggles. The hierarchical society Alina finds herself in is more marked, more segregated, than her previous experience. Poverty sits alongside extreme wealth. If the king stripped one of his mosaics of precious gems for the good of his country, he could provide universal healthcare and education…  Maybe, just maybe, I’m thinking of Elon Musk who’s appointed himself technoking and given his chief finance officer the title “Master of Coin”. Or maybe I’m talking about this world. Who knows?

Anyway, I love Bardugo’s thoughtful but not preachy analysis of the world surrounding her point of view character.

There don’t appear to be any characters with disabilities. At least, not characters of note. The society is set in a fantasy 18th-or-19th-century-equivalent Russia. Comments about Alina being “too pale” and men from another country having “yellow” hair imply the majority of characters are middling in color. Perhaps they’re Genghis Khan-type descendants mixed with some whites rather than just European-white Russians? I’m really not sure. I live in hope despite Alina apparently being somewhat sickly and frail while repressing.

Shadow and Bone and MeToo

As in the Ninth House, Bardugo writes excellent gender issues. We have the king who is a philanderer and abuses his power. This is particularly noted in implications but also outright discussion between Alina and Genya. The Darkling gave Genya to the Queen knowing the king would take her as a sex toy. Genya laughs it off, saying at least she got a few jewels out of it. But she’s in love (in crush?) with someone, and her history with the king – and the potential for him to decide to exert his “rights” again – has got to make any potential relationship more fragile.

Meanwhile the queen had too much “work” done so “there was something a little odd about her face”. Although I was not particularly sympathetic towards the bitchy queen, her role as court ornament and cuckolded wife is somewhat like an aging celebrity who’s tried too hard to stay young.

The court dynamics are reminiscent of historical courts throughout history. As they say, adultery is the sport of kings but, for queens, it is treason. (Not sure what went wrong with Liz and Phil. Perhaps he needed a trip to the Tower? Cos, you know, HE’S NOT A KING.)

Shadow and Bone is one of Leigh Bardugo’s early novels and yet the essence of her writing, the honesty, the action, adventure and romance, is already delicious. Although minority representation is minimal, Bardugo’s unfolding of gender and class issues within a kick-ass story is excellent. I highly recommend Shadow and Bone. 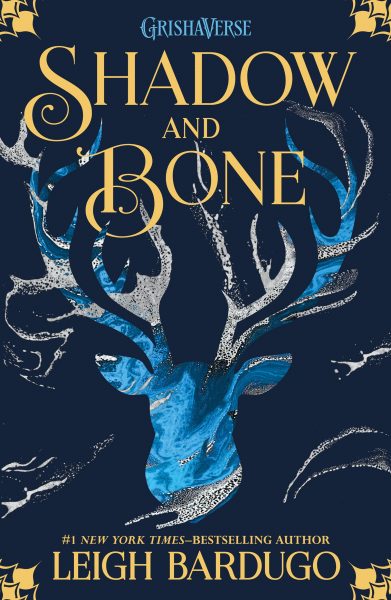