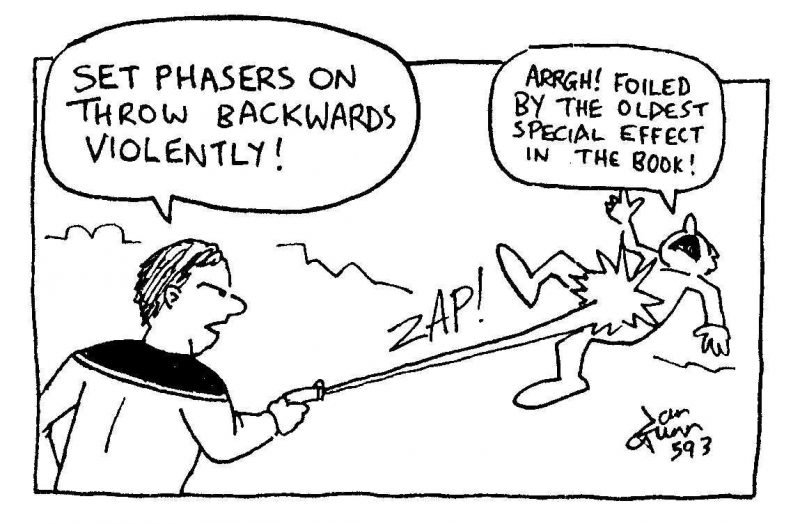 Set phasers to throw back violently

A person wearing what looks suspiciously similar to a Star Trek Next Generation uniform (ST:TNG was a thing during Ian Gunn’s lifetime) says,  “Set phasers on throw backwards violently!”

His victim says, “Arrgh! Foiled by the oldest special effect in the book!”

It’s amazing how Hollywood shooting victims always hurl themselves backwards despite the laws of physics. Mythbusters were all over that, by the way.