7 years earlier Toni shouts “Why did you let him out?” and tears off in his car, searching for Serge.

Serge is stalking women with ill intent; one is saved by meeting her boyfriend in the underpass. Cat woman (Julie) isn’t as lucky. Serge is the murderer who stabs women and eats their bellies. Guess who’s coming to dinner?

Toni finds Serge in the act of eating the woman’s belly and knocks him unconscious. He puts her in the back of his ute and takes her to hospital, leaving her at the emergency entrance.

He killed his brother and now buries the body. No, wait, he’s awake.

He shovels more dirt over.

I guess he’s dead now. Why didn’t Toni didn’t dump a live Serge with the police and tell them everything? That would have given everyone closure and then this living pre-zombie wouldn’t come back as a hungry undead zombie. Oh, wait, that’d make for less story now. [eyeroll]

In spite of the nanothread of realism in this plotline, it adds a dimension to The Returned‘s exploration of families, secrets and their consequences.

Sergei is hunting women but picks Lena up and takes her to his home. He is fascinated by the wound on her back. He destroys her mobile phone after answering a call and refusing to speak.

Camille is still trying to pick up her crush, Frèdèric, to no avail.

After the gendarme, Julie’s ex, ‘rescues’ Victor from Julie and gives him to the Helping Hand Shelter, the shelter lost him. The homeless lady and Victor absconded to the American Diner. Victor is talking now and seems to have shared his story with the woman… who may be another Returned.

Where the old dam broke a village was drowned. Now Adèle is teaching her class about the village and how, when the water level goes down, you can see the church steeple.

Apparently Simon killed himself on the day of their wedding and it’s thrown Adèle, she even has a mild psychotic episode while teaching.

Lots of dead animals float in the dam as if taxidermied and not decomposing. Divers are investigating because the water level is still dropping.

Lena’s mother is worried because Lena has disappeared. Camille is more concerned with whether Lena is sleeping with Frèdèric than with Lena herself.

Lena falls on the floor while Toni visits Sergei. Sergei says it’s nothing but Toni gets excited asking of its their mother. He leaves believing that his mother won’t see him.

For a cannibal, Sergei is treating Lena quite well apart from keeping her and not taking her to hospital. And he also seems somewhat hungry at times. Lena’s flesh may be putrefying which may be keeping her safe from Sergei’s… appetite.

Thomas wants Adèle to take a pill and sleep. Again. This relationship is, quite frankly, as horrifying as anything else in this series.

The risen dead try to reclaim their relationships and their place in the world while dead animals are autopsied to discover they drowned.

A stabbed clairvoyant who had sex with men to contact their dead now lies in hospital making a miraculous recovery from her stab wounds.

The woman who should have died in Mr Costa’s house that he set on fire before he jumped from the dam is his wife, born in 1943 and, apparently, died in early middle age. Julie talks to her, learning about Victor who died just before Mrs Costa, 43 years ago. Julie now has some answers and knows Victor has no parents searching for him.

I’m concerned that Adèle’s relationship with Thomas is supported by the story, with Adèle possibly suffering Stockholm Syndrome, and yet her relationship with Simon before his death was unhealthy. The aftermath of that relationship was even less healthy. Their drama, enacted so far this season, speaks to varying stages of grief including the need for honesty and closure. Thomas is still creepy.

Victor and what may be revealed to be his supernatural powers are getting more creepy. He confronts the man present at his murder, dun dun DUN, and the results of that confrontation will, presumably, be made clear next episode.

The hills around this town are snow-topped yet people aren’t dressed for freezing temperatures. I’m not convinced the ‘living’ aren’t zombies themselves. Time will tell.

Victor, Adèle, Camille and a few others are seeking closure or renewed life in varied ways. This series is powerful in the same way the Buffy episode where Buffy’s mum died is powerful: it uses the SFF genre to speak to the human condition, exploring life, death and grief. No vampires have been harmed in the making of this series so far but a zombie may have been… stay tuned forThe Returned‘s next episode! 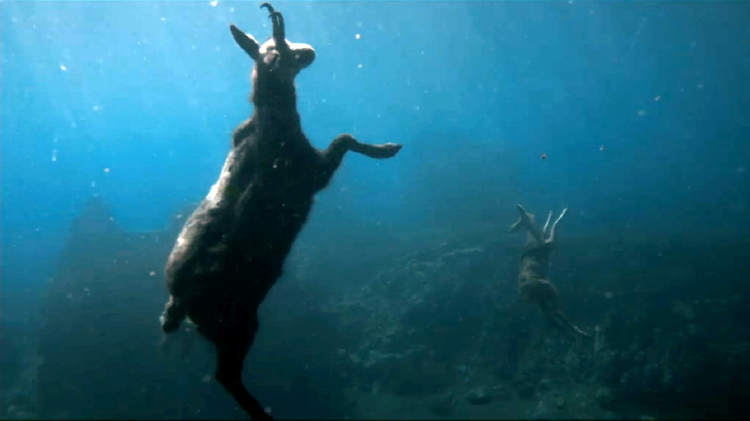