Soooo…. The latest wedding looms. What is it with weddings? People make such a fuss and they score in ratings season, whether they’re fictional or real. The British Queen’s upcoming birthday has been in the press; apparently the lack of significant Royal anniversaries and events has caused a slump in the British retail trade in recent years. I’m pretty sure significant fictional weddings similarly cause both ratings and retail surges. Georgie-boy probably realised this when he wrote the several weddings in the Game of Thrones series but he doesn’t tread lightly when writing and subverting tropes.

Cersei and Margaery chat, publicly, about the upcoming weddings between the Lannister, Stark and Tyrell houses, possibly giving this episode a passing grade in the Bechdel Test. Why does a conversation about weddings pass? Because they discuss how they’ll be related, Cersei tells Margaery about another house that rose to be the second-most powerful in Westeros only to betray her father. It’s a threat, initially finessed but, in the end, Cersei is as subtle as a sledge hammer.

Margaery shows her spine of steel, smiling at individuals as she strolls around the room with Cersei whispering poison in her ear.

Sansa arrives at the Sept to marry Tyrion. To make a bad day worse, Joffrey gives her his arm, claiming the right to give the bride away to his brother. Once Joffrey finished walking Sansa to the alter, he reaches in, grabs the steps that Tyrion had intended to mount to cloak Sansa. Joffrey takes them away then laughs as Tyrion has difficulty cloaking Sansa, the beginning of the wedding ritual.

After the wedding, Joffrey threatens to rape Sansa, something he’s wanted to do for a few seasons now. Tyrion and Tywin protect Sansa but Sansa’s lack of appreciation is obvious.

Arya tries to escape the Brotherhood but the Hound is on the scent. He ambushes her as she flees the cave.

She’s a teensy bit annoyed at being his prisoner again so she tries to brain him with a rock while he’s sleeping. However, this sleeping beauty doesn’t sleep soundly. He tells her she gets once chance. If she fails, he’ll break both her hands. Arya decides she likes her hands.

When she asks if the river before them is the Blackwater, the Hound laughs. He explains he’s taking her to her mother at the Twins (the Frey place) and he expects to be paid. Arya looks quite happy as they ride off into the… morning? Lack of sun? It certainly wasn’t a sunset. Not in the literal sense, anyway.

Daenerys faces an impenetrable fortress protected by a slave army and 2000 mercenaries. She tries to buy the mercs. They threaten to rape and enslave her then they send their sexiest lieutenant, Daario Naharis, to murder her in her bath.

Daario is the guy in the attached photo. Would you trust these dimples if they appeared during your bath and held a knife to your closest friend/servant’s throat?

Daenerys chats to Daario while in her bath with both her nipples above the waterline. Then she rises, steps out of the bath and stands, waiting, while Missandei (her servant) takes her own sweet time bringing a robe to wrap around her highness.

Daario cops quite an eyeful. After his colleagues said they wanted to see Daenerys’s cunt, she rewards Daario’s… treachery? innovation? with what she refused the others. Daario swears devotion.

Like he’s not going to become a problem. Anyone who betrays and murders his captains is not a man to be trusted, even if he does have devastating dimples and blue eyes.

Jon Snow is noticeably absent in ‘Second Sons’ although he is a second son. We have to assume he’s ransacking the countryside with the Wildlings, heading towards Castle Black to betray Westeros. Or so the Wildlings (mostly) think.

Samwell and Gilly are still walking towards the castle with no supplies but they’re doing ok. Sam never loses weight and he sweats in the freezing cold. He also has a growing crush on Gilly. Then the crows come. The feathered kind. They’re taking shelter in a mystical face-tree.

Sam, learning an important secret, discovering he has a weapon that can win them the war, RUNS AWAY AND LEAVES THE WEAPON BEHIND.

Because SamWELL is NOT wise.

What can I say? Game of Thrones is a soapie. A series with magic and dragons has leapt off its tracks, venturing outside its target market to gain mainstream approval and an HBO series.

The story is compelling but sometimes it’s frustrating, especially when women are paraded naked for men to see while the men are fully clothed. Because that’s how this patriarchal world works. Self-interested politicians are intent on ruling or letting the world burn, just like in reality. Ah well, what’s the harm in a little vicarious living while deluding ourselves that we’re escaping reality?

Although this episode, ‘Second Sons’, takes its name from the mercenary regiment that Daenerys covets, there are deeper meanings. Tyrion is Tywin’s second son in both meanings of the word. Gendry may be Robert Baratheon’s second son but he’s also a bastard, relegating him to inferior rank. Jon Snow and Ramsay Snow are, likewise, bastard sons to their noble fathers; they have both suffered for their fathers’ misdeeds. Theon Greyjoy is not the first Greyjoy son and his father rejected him. Samwell Tarley is his father’s first son but his father rejected him in favor of a younger son, hence sending him away to the Night Watch. Daddy issues resound in this episode and this series. 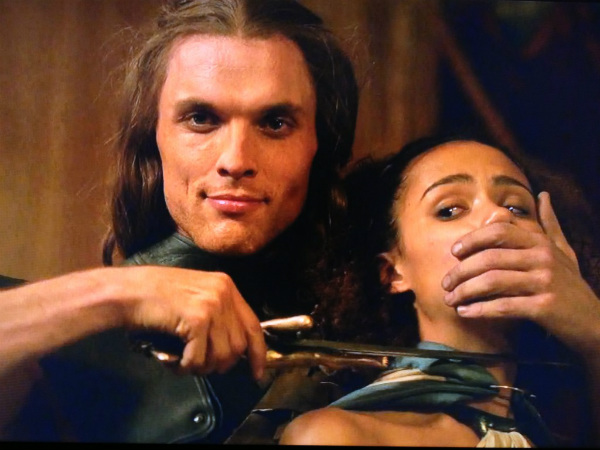