Sean McMullen is an internationally-recognised award-winning author who spoke to Dark Matter recently about his writing and career. This interview is available in MP4 (video) and MP3 (audio) at the bottom of this page.

Sean McMullen has a degree in physics and history from Melbourne University (1974); a postgraduate degree in library and information science; and a PhD in Medieval Literature. He was a professional musician in the 1970s, singing and playing the guitar. He sold his first stories in the late 1980s. In the late 1990s he established himself in the American market. Since then his work has been translated into Polish, French, Japanese and other languages. The settings for Sean’s work range from the Roman Empire, through Medieval Europe, to cities of the distant future. His work is a mixture of romance, invention and adventure. Sean’s characters are strange but dynamic.

Sean McMullen can be found at his website and in September 2013 Sean is teaching a writing course – Stories of Future and Past: Turning ideas into sci-fi and fantasy – at Writers Victoria. 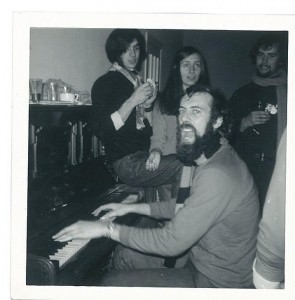