In this podcast and video I’m putting Sarah Ayoub in the limelight. The podcast is at the top of this post and available in iTunes while the video is embedded down a bit. Feel free to scroll down now. Below the video are my questions that Sarah answers.

Sarah is a freelance journalist and author based in Sydney, Australia. Her work has appeared in various print and online publications including Marie-Claire, Madison, Sunday Style, Cosmopolitan, House & Garden, ABC Unleashed, Cleo, Frankie, Yen, Girlfriend and more, and she has spoken at numerous industry events with the Sydney Writer’s Festival, Emerging Writer’s Festival, Children’s and Young Adult’s Writer’s Festival, The Walkley Foundation and Vibewire. She has also appeared on national television and radio.

Sarah’s debut novel, Hate is such a strong word ($17.99, Harper Collins) was the number one most searched book on the Harper Collins website three months before its release and quickly became a favourite supplementary text for students in NSW studying the English units of ‘Identity’, ‘Belonging’  and ‘Journeys’. Her second novel, The Yearbook Committee, is due for release in June 2015.

Sarah has a Master of Media Practice from Sydney University and teaches Journalism at the University of Notre Dame, Sydney. A self-confessed nerd and goody two-shoes, Sarah decided to pursue a career in journalism at the age of ten after realising that, like Lois Lane and Vicky Vale, it was always the reporter that got the superhero.

Sarah can be found in these places:

You’ve had two novels published as well as other writing so I’d like to take this in chronological order.

What kind of stories do you write as a journalist?

What can you tell us about your debut novel, Hate Is Such A Strong Word?

In your novel, the school is monocultural although they’re immigrants living in Sydney; why is that?

Christian Lebanese: is this a significant people group? How do perceptions that Lebanese are Muslim impact upon this people group?

What do you hope readers take away from Hate Is Such A Strong Word?

Some people believe that Hate Is Such A Strong Word is one of many books about teenagers from non-English-speaking backgrounds. Do you think there are that many out there? How is your novel different?

Do you think that this perception — that there are ‘enough’ books out there with NES characters — is because the white majority are used to being the default demographic?

What can you tell us about The Yearbook Committee?

After your first novel focused on ethnic issues it almost seems as though you’ve gone out of your way to avoid any such issues in your second novel. Why is that?

Although you seem to have gone out of your way to avoid ethnic issues, one character has a sibling with Downs Syndrome and another has a Palestinian best friend; why is that?

Why didn’t you have an ethnic central character just to normalise the presence of non-white people?

Some people have said The Yearbook Committee is like The Breakfast Club; what do you think of that?

You undertook a Master’s thesis on moral panic about Middle Eastern communities. Why? What did your research reveal?

Your bio says ‘Sarah decided to pursue a career in journalism at the age of ten after realising that, like Lois Lane and Vicky Vale, it was always the reporter that got the superhero’. Which superhero did you want to catch then and who would be your pick now? 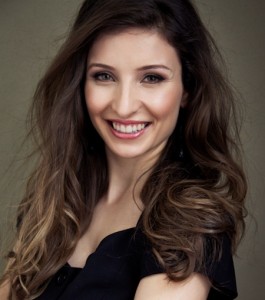