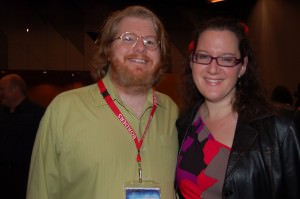 Russell B Farr is the founder of Ticonderoga Publications; Russell currently runs Ticonderoga with his partner, Liz Grzyb, both pictured left (photo courtesy of Cat Sparks, thanks).

Russ blames SF personalities like Jonathan Strahan for his desire to start a publishing company in the 1990s.

Ticonderoga Publications can be described as small press and an independent publishing house: this means that it does not belong to a larger publishing house and the staff are, well, few in number.  In recent years Russ and Liz have annually increased the number of publications; 2013 is a truly impressive lineup, with several already planned for 2014.

Russ’s enthusiasm for publishing is evident in his sly – and not-so-sly – spruiking of upcoming publications, so much so that I am tempted to recommend a drinking game: a mouthful every time Russ mentions an upcoming release, skoll every time he mentions Juliet Marillier and/or her Prickle Moon.  However, I won’t recommend this drinking game as the amount of alcohol consumed would be excessive.    Russ also shows a lot of love for all the other books he’s publishing this year, the authors with whom he works and even the authors with whom he’s not working – yet.  Joanne Anderton seems to remain in Russ’s sights although she turned him down due to other commitments.

Currently with many years of experience in small press, Russ speaks about the process of publishing, publicity and how relationships with authors impact upon the publicity and post-publication process.

I invited Liz to join Russ on-screen but Liz declined due to the early hour of a Sunday morning.

The interview is here in MP4 (video) format and is now available in MP3 (audio) format.  Photos of Ticonderoga publications mentioned in this interview are below. 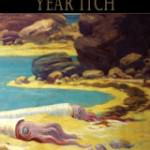 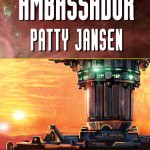 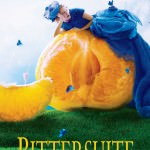 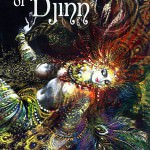 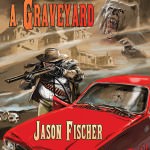 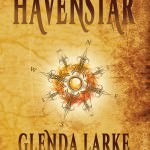 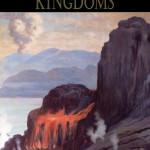 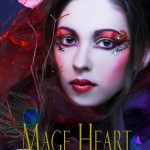 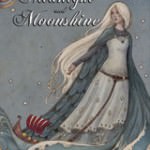 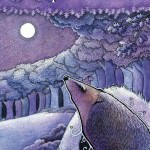 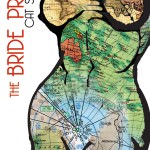 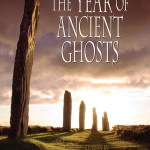 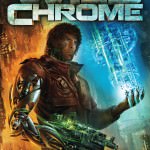 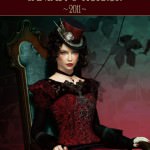 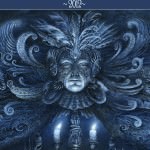