I admit I’ve read my share of Georgette Heyer, Marian Chesney and the like.  Now here comes Alison Goodman with a supernatural regency novel.  I can’t wait!

I’m giving a sneak peek reading of my new Regency supernatural novel and running a writing workshop at the 2013 Jane Austen Festival Australia. April 18-21 in Canberra. Come along and party like its 1813. 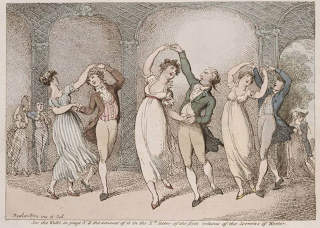 The Jane Austen Festival website describes the festival as

Jane Austen Festival Australia is an annual celebration in Canberra where Austen and Napoleonic fans from all over Australia come and indulge themselves in everything Regency – including dancing, music, food, games, archery, fencing, theatre, promenades, grand balls, talks, workshops, costumes and books. This festival is now a regular part of the ACT Heritage Festival, Australian Heritage Week and is supported by the ACT Government, the Australian Costumers Guild and the Earthly Delights Historic Dance Academy. Since its inception in 2008 this little festival has blossomed into one of the most delightful four days anyone could experience each April in an old and beautiful part of Canberra, the Federal capital of Australia.

– Sigh – I feel a little like Cinderella sighing over missing the ball.  Still, I’ll attend a few things this year; I can’t have it all!