Ivy is a security guard in a high school, endeavoring to save hormonal magic-using teenagers from murdering each other. Today is not a good day – unless you count any day you can limp away from, using a crutch, to be a good day. These are the consequences for a misspent youth in which Ivy and her friends committed the most grievous offence ever: raising hell. Or, at least, connecting hell to Earth via a rift.

In some ways Raising Hell is Buffy or The Chilling Adventures of Sabrina revisited. However, Ivy is pretty much alone except for her cat, Grandma. I should clarify: the powers that be tried to close the rift by using Ivy’s apparent powers. One such attempt resulted in Ivy raising her grandmother’s soul and putting it into a cat. Who now lives with Ivy. And scares the living daylights out of visitors when she speaks.

There aren’t any creepy Watchers or teachers in this story, however. The bad guys are the obvious demonic powers and those who are too wealthy and too powerful and too power-hungry to exhibit a modicum of common sense.

Ivy’s co-worker shoots Ivy in the middle of Ivy’s attempted exorcism of a hell hound. As you do. Between that and the bodily damage inflicted by the hell hound itself, Ivy limps her way through this story.

On the one hand, yay. A protagonist actually gets injured in an altercation in fairly believable ways.

On the other hand, Ivy’s injuries aren’t consistently debilitating. I don’t buy it. However, I give Pearce 3 out of 5 for representation in recognition of her conscious effort to think consequences through and make an effort. Well done. I hope Pearce continues working on this aspect of her storytelling.

Raising Hell is part of a rapidly growing genre these days, with a focus on teenagers and schools and a class-based society with a healthy dose of romance and saving the world. Pearce’s story could be a stand-alone or the first of a series. I like standalones, they are too rare these days! Furthermore, I like actual conclusions, especially when they’re satisfying and don’t come after 3 or 5 or 10 books.

While Raising Hell is mostly “serious Buffy genre”, Pearce throws in the romance that is NOT Angel-angsty or Spike-angsty. (Thank god, I’m SO OVER those relationships. Hence my binge-read of Patricia Briggs’s Mercy Thompson books and the Alpha and Omega spinoff that I didn’t review a few years ago. But I paid for those books so I don’t have to review them, right? RIGHT?)

Also the cat. THE CAT. The cat adds humor, at one point increases tension and, overall, adds humor. (Did I mention I love cats?)

To be honest, the conclusion actually makes me want more in the series in a Patricia Briggs-esque way. I look forward to following Bryony Pearce’s career. She definitely provides an escapist read, essential in the current era.

Recently I mentioned to someone that I was looking forward to the end of the pandemic, the end of checking in everywhere for contact tracing, etc. This person is NOT a spec fic person so I was somewhat surprised when she said we weren’t going to “go back to normal”. As such, WE NEED MORE BOOKS LIKE THIS.

Although it has older protagonists, I think a lot of people who enjoyed this story might enjoy Hollow Ones by Del Toro and Hogan. 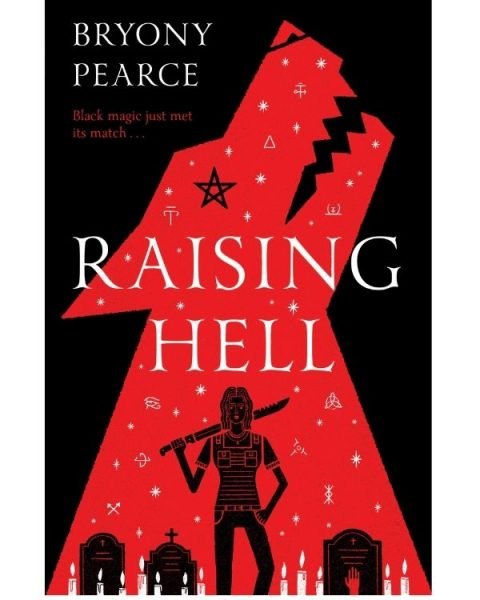