Traci Castleberry, Matt Cresswell and Melissa Scott joined me to discuss diversity with a focus on how to include gender and sexually diverse characters.

The short version: Queer is not all that hard. To hear the longer version, click on the podcast! 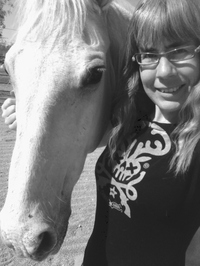 Traci Castleberry writes queer science fiction, fantasy and paranormal romance under her own name and the pen names Evey Brett and Nica Berry. She’s published numerous works with Lethe Press, Ellora’s Cave, Loose Id and Carina Press.  She’s attended the Lambda Literary Retreat for Emerging LGBT Voices, Clarion and Taos Toolbox, and earned a Master’s degree in Writing Popular Fiction. She lives in Southern Arizona with two cats, a snake, and her Lipizzan mare, Carrma, who has a habit of arranging the universe to her liking.
Traci’s new website is here and most of her books are here: 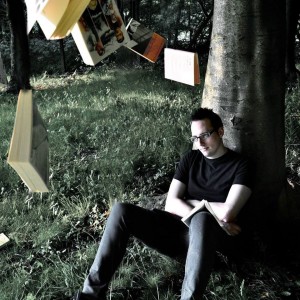 Matt Cresswell lives and works in Manchester, England. He is the editor of the LGBT literary magazine Glitterwolf, and the creator and co-illustrator of the webcomic End of the Rainbow, with a print omnibus forthcoming from Lethe Press in June 2014. He has also published short stories in Icarus, Southpaw Journal, PIYE Magazine, Hearing Voices and Shenanigans: Gay Men Mess With Genre (Obverse Books.) 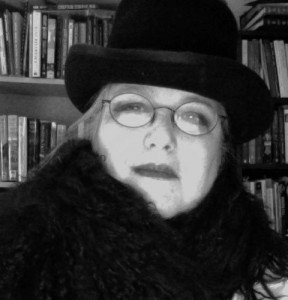 Melissa Scott was born and raised in Little Rock, Arkansas, and studied history at Harvard College.  She earned her PhD from Brandeis University in the comparative history program with a dissertation titled “The Victory of the Ancients:  Tactics, Technology, and the Use of Classical Precedent in Early Modern Warfare.”  She also sold her first novel, The Game Beyond, and quickly became a part-time graduate student and an — almost — full-time writer.

Over the next twenty-nine years, she published more than thirty original novels and a handful of short stories, most with queer themes and characters, as well as authorized tie-in novels for Star Trek: DS9, Star Trek: Voyager, Stargate SG-1, and Stargate Atlantis, the last being the six-book “virtual season” Legacy series.

She won the John W. Campbell Award for Best New Writer in 1986, and Lambda Literary Awards for Trouble and Her Friends, Shadow Man, and Point of Dreams, the last written with long-time partner and collaborator, the late Lisa A. Barnett.  She has also been shortlisted for the Tiptree Award.  She won a Spectrum Award for Shadow Man and again in 2010 for the short story “The Rocky Side of the Sky.”

Most recently, she has collaborated with Jo Graham on the Order of the Air, a series of occult adventure novels set in the 1930s; the third book, Silver Bullet, was published at the beginning of 2014.  She has also continued the acclaimed Points series, fantasy mysteries set in the imaginary city of Astreiant. The novella Point of Knives was published in 2013 and the novel Fairs’ Point is also forthcoming in 2014.  In addition, she and Amy Griswold have begun a new series of gay Victorian mysteries with magic (or perhaps fantasies with murder), starting with Death By Silver, and to be continued with A Non-Conforming Death.  Her most recent short story, “Finders,” can be found in The Other Half of the Sky and will be included in Year’s Best SF.  She can be found on LiveJournal at mescott.livejournal.com and is @blueterraplane on Twitter.

Melissa is @blueterraplane on Twitter and her blog is mescott.livejournal.com; Amy Griswold and Melissa also maintain matheyandlynes.tumblr.com for their gay Victorian fantasy/mystery series.

Books I mentioned, or was going to before Traci got to them first…

Octavia Butler, Xenogenesis Trilogy
Nicola Griffith, Hild, Ammonite, and pretty much anything of hers
James Tiptree, Jr., Brightness Falls From the Air

Some other stories where I think LGBT issues are handled well and/or interestingly:

Greg Egan, “Cocoon” (short story) – a very interesting near-future story that looks at the possibilities and limits of acceptance and assimilation.
Ursula K. LeGuin, “Dancing to Ganaam,” in A Fisherman of the Inland Sea – this is that utter rarity, a story that is not about LGBT issues/problems but that cannot exist at all without LGBT people. Anything more would be a spoiler!
Beyond Binary, ed. Britt Mandelo
Ellen Kushner, Swordspoint (and the sequels written with Delia Sherman)
Delia Sherman, The Porcelain Dove
Lynn Flewelling, Nightrunner Series

My most recent books:

Silver Bullet, with Jo Graham (Crossroad Press) – Magic and mad science in 1930s America. Something is causing planes to fall out of a clear blue sky…
Fairs’ Point (Lethe Press) – magic, murder, and dog racing in the imaginary city of Astreiant (out in May, 2014)
Finders (in progress, though the novelette that it’s expanded from was in The Other Half of the Sky, and will be in the 2013 Year’s Best SF anthology) – in the wreckage of a long-dead ship, salvage pilot Cassilde Sam accidentally received the Ancestors’ greatest Gift: immortality. But her lovers are mortal, and she is determined to change that, whether than means finding the Gift for them or unraveling the Ancestors’ greatest secrets – because she will not lose them, no matter what the cost.

Please feel free to join this discussion by commenting below. All I ask is that comments debate ideas not people and remain respectful.