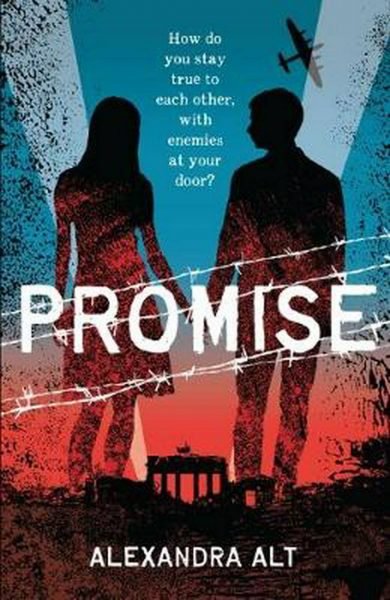 Lene is a teenager in World War II Nazi Germany, attending BDM (a Nazi girls’ group) while her love interest Ludwig attends Hitler’s Youth. The titular promise is that of young love.

Both struggle, knowing that Nazi ideology hurts people, that people are being imprisoned and murdered by millions. Both want to stand up for what they believe but they also want to stay alive. They witness a teenager their own age hung by the SS: Kurt, another Hitler Youth member, dobbed him in for not being sufficiently well-programmed. Kurt tries to have Ludwig hung too, but the SS trooper only gives Ludwig a warning.

In the current political climate with ‘nationalism’ (aka Nazi-ism) on the rise once again, Promise stands out as the new When Hitler Stole The Pink Rabbit but for teenagers and older readers. Promise is multifaceted with excellent research, providing a feast for book club and literature discussions. We either heed the lessons of history or we are doomed to repeat them. Promise warns of the consequences of unquestionable ideology and the suffering of the working and middle classes if a few corrupt men are allowed to destroy democracy in order to take us down that flame-limed path of ‘good intentions’.

Final thought: Possibly most chilling and equally realistic is Lene’s cousin’s career. What would you do to avoid starvation? Is she ‘bad’ or pragmatic, making the best choices she can? Read the book. Feel free to use show/hide code to include spoilers in the comments. (Or label your comment ‘spoilers’ I’ll add it for you.)