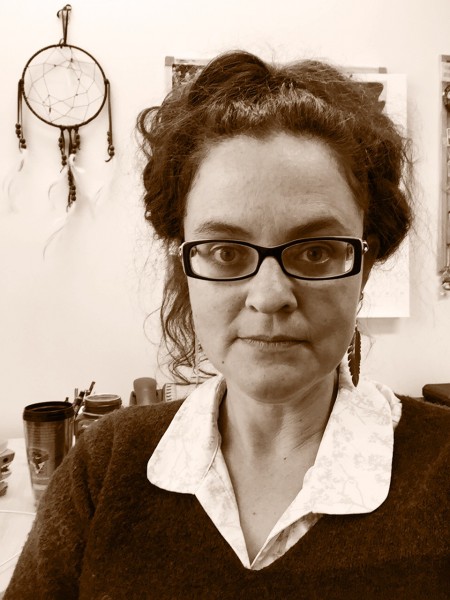 Dr Stolte is an anthropologist, art historian, bead artist, comic book ally & Nimi’ipuu/Nez Perce American Indian. She enjoys breaking boundaries. She can be found at the Australian National University and on twitter. Today, after months of me hinting and sighing wistfully, Dr Stolte shares some of her comic book knowledge with DMZ.

Lady Gaga’s new album Joanne has a fabulous song called ‘John Wayne’. The first stanza is amazing and quite relative to a discussion of AMC’s first season of Preacher, the television adaptation of Garth Ennis and Steve Dillon’s graphic novel series. In the song, there are references to fast cars, two people completely in-love and disobeying the rules. Listening to this song for the first time, I thought, is Mother Monster a fan of Preacher? Is she singing about Jesse and Tulip? The beat and the music are so evocative of the American southwest and the chorus, calling out for a “real man” who happens to be John Wayne – one of the pivotal personalities in the graphic novel – makes this song my own personal Preacher anthem.

I bring the song up to emphasise the importance of personalities and tone. Hitting the right tone is an obvious consideration for any adaptation – comics to TV, TV to movies – in whatever trajectory being discussed. Getting those personalities right is also paramount. I should say from the start that I am a massive fan of the Preacher comic. I remember my first single issue and my first Glenn Fabry cover of a naked and deranged Cassidy, creeping across a brick wall. I thought, this should be good. Given my position and fandom, maybe someone like me should not really write about the television series, especially given how they chose to go about it. The TV series’s intended audience is the person who read Preacher maybe once in the 90s and has fond memories. It’s also for the person who read it and maybe thought it was just okay. It is NOT for the person who reads it twice a year and has for the past ten years.

And here’s why. It’s not because I’m an angry nerd that can’t take variations of a story. I watched Wolverine: Origins eight times in the theatre so, clearly, I don’t mind bad story writing and artistic liberties. But Wolverine in that movie was still Wolverine – his personality rang true. Like the many Superman fans who did not take to the dark and moody portrayal as seen in 2013’s Man of Steel, staying true to a character’s personality is key. It can make up for a poorly told story (sometimes). The TV series Preacher fails because it strays too far, not from the original storyline (although HELLO!) but because it strays too far from the key personalities and tone that made the comic series so amazing.

Allow me to get a little nerd-nerdy here. In semiotics – the study of signs, symbols and meanings – there is a concept I like to play with called the ‘-ness’ of things. It’s like the essence of a thing or (to be SUPER nerdy) the indexical relationship between an idea and the representation of that idea. Put simply, Superman-ness is evident in his kindness, his compassion for humanity, his extraterrestrial abilities and, as Alex Holmes from the Splash Panel podcast has pointed out to me, the s-curl of hair over his forehead. These things make up a quintessential Superman – his ‘-ness’. Straying outside of that is to change what is essential about Superman and make him other. Is this okay? Maybe. But die-hard fans would say, then don’t call him Superman. In Preacher, the TV series loses much of the characters’ -ness that made them so relatable but also, the -ness that made them who they really are.

Let’s start with Jesse Custer – the story’s titular character – but, more specifically, the three people that are the cornerstone of his upbringing: his father, his mother and John Wayne. His father, John Custer, in both the TV and comic book, is a key figure in Jesse’s development. However, in the TV series, John Custer is a preacher. This is diametrically opposite to the John Custer of the comic book. John Custer – a Vietnam Vet – a MARINE – is someone whose moral compass is rooted in American values of liberty and justice through a romantic notion of the American Southwest and what it means to be ‘a man’. This John Custer is someone a young Jesse Custer looks up to – a straight talker and an honest man. In the TV series, John Custer carries a bible and beats Jesse for the sin of smoking a cigarette. This is just so wrong. When John Custer dies in the comic, Jesse’s guidance into the world is taken over by the spiritual apparition of John Wayne. John Wayne helps Jesse be “one of the good guys” – the mantra Jesse’s father promotes in both the comic and the TV series (albeit with different reasons). In the TV series, John Wayne is mentioned once – briefly – and not even by Jesse Custer. The reference is a throw away statement made by Tulip to Cassidy to indicate how much better she knows Jesse than Cassidy does. WHERE THE F*** IS JOHN WAYNE??? His absence is more than just a travesty of artistic license. It’s a void of one of the main character points of Jesse Custer. Christina L’Angelle is Jesse’s mother and, in the comic series, she is strong woman with a very dark past. She too figures prominently in Jesse’s development but we never see or hear of Christina in the TV series. Maybe in season 2?

So let’s look at Jesse in the TV series. Like the comic, he’s a Preacher but, unlike the comic, his doubts and torment at being forced into his role are never illustrated. Make no mistake: Jesse Custer does NOT want to be a preacher. But in the TV series, this torment of why he’s there (and how) is never even hinted at. I will not go into the why because MAJOR SPOILERS but Jesse is tormented about being a Preacher. This is part of his ‘-ness’ that is lost. In the TV series, Cassidy accuses Jesse of succumbing to the power of Genesis. This would never happen. Throughout the comics, Jesse stayed true to himself and his parents. He stayed Jesse Custer – he had a heightened sense of his own ‘-ness’ for certain. Jesse Custer would never damn an innocent boy like Arseface to hell. He was never a pawn of Genesis – he only lost the plot with Sheriff Root once. In the TV series, it is a rather ridiculous and underdeveloped plot point.

Tulip O’Hare was actually much more in tuned with her original comic book character than anyone else. I was falling for her big time as she was tough, sassy and edgy. I had doubts about Tulip being played by a black actress but the series allowed for some moments for Tulip to actually be black (especially when she scoffs at God and says to Custer, “told you he was a white guy”). I was left asking throughout the TV series, where are the other black people in Annville? We have the occasional glimpses but rarely any speaking parts. This smacks of tokenism. I was enjoying the TV character of Tulip but then that horrible flashback in the TV series where she and Jesse actually grieve for their lost child! Lost child!! Throughout the comic book, kids were never once mentioned. NOT ONCE! It was as if Tulip – as a woman – could actually have a personality and existence that didn’t evolve around kids. GO FIGURE. That this was lost in the TV series is heart wrenching. Furthermore, as astutely pointed out by the editor of Dark Matter Zine, the existence of the baby – and the subsequent loss – potentially undermines the powerful love story between Jesse and Tulip. Instead of their feelings for each other, it is the loss of the baby that their relationship pivots around. This changes a great deal of the ‘-ness’ of Tulip’s character and in destructive and reductive ways.

Cassidy – just one thing. WHERE THE F*** ARE HIS DARK GLASSES AND DEMON EYES? This feature is at the heart of who Cassidy is. The torment he goes through. The duality of his very nature. That is absent from the TV series is a major blow to who Cassidy is. He ends up a rather shallow character indeed.

One of the absolute highlights of the TV series is the portrayal of the Saint of Killers. Of course, you don’t know him by that name – he’s the creepy, trigger-happy cowboy trying to save his family. He was beautiful. Perfect. Why? Because they knew who the Saint was and they stayed true to his nature. What makes him tick. What makes him who he is. What drives him. Yes it was long and drawn out. For Pete’s sake just make it a single stand alone episode (like the comic did). But the Saint of Killers was truly realized in the TV series – a momentary highlight for me.

A final note now on tone. Preacher isn’t a blood and guts story. It’s a story of strong characters who are tormented by their past, by their natures (their ‘-ness’) and by their futures. That the TV series lacked these key character traits produced boring two-dimensional and stereotypical portrayals. Yawn. But most of all, Preacher is a homage to the American West. It is a road trip story. The hours of TV watching some boring Texas town go about its life was too much. Leave the Church. Leave Annville as the four page comic reference it was meant to be.

Preacher, Season 1 ended on the possibility of a better season. There might be room to still draw out and make these characters three-dimensional and interesting. There are some difficult things to overcome, thanks to the first season. But maybe – just maybe – there’s hope.

Editor’s note: the minion and I enjoyed Preacher. The minion practically wet himself laughing several times during the season while I, squeamish fragile flower that I am, often looked away from the screen. (My stomach is becoming more resilient; even I found ‘Cassidy’s intestinal fortitude and the cow’ scene funny.) However, we’ve never read the comics so we’re not comparing one Preacher to another, we’re comparing this Preacher to the likes of Arrow and Flash. It seems like when Vertigo are involved, DC makes good TV. DC TV without Vertigo? Bah. Life’s too short for that shit. 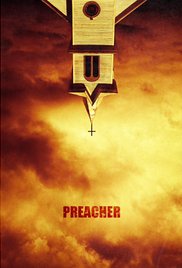