Picard season 1 saw an ancient Picard head off on an adventure, revisit old friends and save the day. Season 2 picks up again with Picard in his home in France, working his vineyard, with a backstory explaining his British accent and French origins. However, this time his emotional journey blends his relationship with his mentally ill mother with the present day – that also includes the year 2024 because time travel. Why not?

This story is nostalgic viewing for ageing fans who see original actors reprise their roles as favorite characters. Personally, as an ageing fan, I enjoyed seeing an even older character/actor be active and retain agency. Although Picard running and outpacing younger fitter characters impeded that essential suspension of disbelief.

And the homages! So many misquoted lines and oblique references! “I’m from Chile, I just work in outer space” and other one-liners beautifully reference previous iterations of Star Trek. Spotting references is probably a popular drinking game.

Even the basic plot is an homage: Q, multiple universes/changing of history, time travel, evil versions of characters… it’s all there.

Not a long time fan?

If you’re not a long time fan of the series, it’s possible to jump in to season 1 of Picard and still enjoy it. However, the implied drum rolls when characters like Riker (Jonathan Frakes) and Troi (Marina Sirtis) appear could be annoying.

Season 2 is drenched in history. Even more so because it’s firmly embedded in the “history” of season 1. Seven tried and failed to have a relationship with another woman. In season 2 there is banter referencing this but the sexual chemistry is, for the most part, sorely lacking. They need to take a leaf out of Ryan Shen’s (Kung Fu) interest in an employee of his parents’; there’s so much sexual tension there that hot plates in the kitchen are redundant!

Or just take lessons from Musketeer (Santiago Cabrera as Cristóbal Rios) who comes along for the ride again: his romance sizzles.

Although I believe those new to Star Trek can enjoy Picard, it’s really written for long time fans. Some of whom may end up hurling objects at the screen when the grandfather paradox is shattered then blasted into molecular disarray and reinvented in a transporter accident. (Not literally.)

I enjoyed Picard and look forward to the final season. However, I stopped reading Star Trek novels because of inconsistencies: in one you couldn’t go to warp in the gravity well of a planet, in another going to warp in a gravity well was essential, and so on. Picard – apart from featuring warp from an ATMOSPHERE – also has inconsistencies, even with the series it intentionally invokes in its fanservices. A little more care with internal consistency, especially regarding time travel, would have been excellent. However, I enjoyed it – with the occasional comment from the geriatric theatre box – and recommend the series.

Beware this website: there may be spoilers. I’m linking it because Picard seems to have lost its official website. 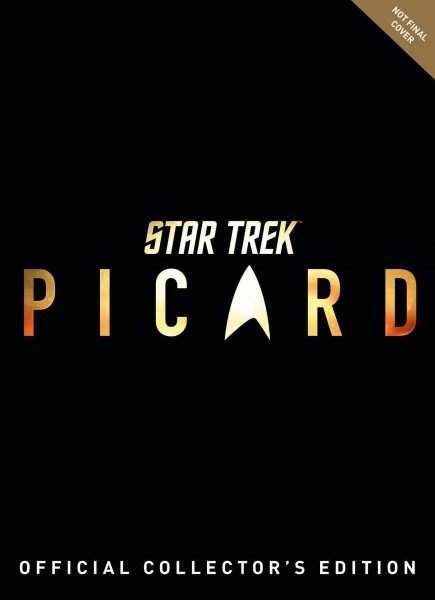 My review of Star Trek Into Darkness is over here. Just because.

Rating: 4 out of 5 stars
Creators: Kirsten Beyer, Michael Chabon, Akiva Goldsman, based on the series created by Gene Roddenberry
Running time: seasons 1 and 2 have 10 episodes each, with each episode running at about 46 minutes
Starring: Patrick Steward as Picard, Jeri Ryan as Seven, many of the original STNG actors/characters and many new ones.