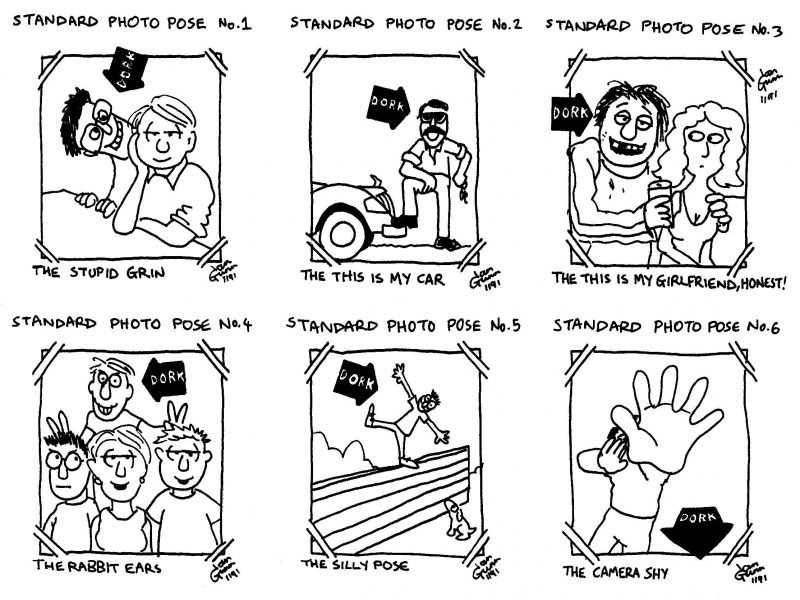 Remember the good old days before selfies and bombarding your friends with photos of food was a thing? Ian Gunn lived before digital cameras were common so these photo poses hearken back to an era when OTHER PEOPLE took your photo. People were still dorks.

Person sitting at a desk with a second person labelled ‘dork’ photo bombing from behind. Caption: the stupid grin

Man stands with foot on his car’s front bumper. Caption: This is my car.

Dork in tracksuit holding a tinny puts his arm around a girl who’s giving him the side-eye. Caption: This is my girlfriend, honest!

Dork stands behind 3 people posing for the camera. Dork is pulling a face and doing rabbit ears for 2 of the people. Caption: the rabbit ears.

Dork is standing on a wall on one foot, about to fall off. Caption: the silly pose.

Person holds up both hands trying to block camera. Caption: The camera shy.

The dork label in this photo is pointing towards the camera.