Apparently Peter Capaldi, the next Doctor in Doctor Who after Matt Smith regenerates, was a teenage fan. Not only that, but his fan-mail was published.

Thanks Ryan Farrell for tweeting this.

Peter Capaldi has already appeared in Doctor Who; the BBC likes recycling their actors.

I’ve been wending my way through the Doctors Revisited. In the extras,  fifth Doctor Peter Davison commented that he was the first Doctor who had been a fan as a child, growing up with the series. He certainly wasn’t the last!

David Tennant was such a fan-boy he lept at the opportunity to take on a small role in Scream of the Shalka in 2003, never dreaming that one day he’d BE the doctor. 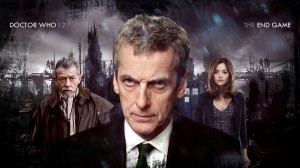