Penguin Random House: it’s a thing.  Announced this afternoon, Penguin and Random House are merging to create a global leader with approximately 25% of the English-language book market.  It’s an uneven merger with Bertelsmann, who owns Random House, will own 53% of the new company excluding the German branch, of which Bertelsmann will retain full ownership.  Pearson, who owns Penguin, will own 47% of the new company and retain the rights to use the Penguin brand for educational books.  Likewise the board of directors will be a 5/4 split, with 5 directors from Random House and 4 from Pearson.

Murdock’s own Sunday Times (part of Newscorp) reported that Newscorp was considering bidding for Penguin.  It seems that the Random House/Penguin merger may have been intended to evade assimilation by the scandal-ridden news organisation, opting instead for a merger with a more like-minded company, however Newscorp apparently already owns HarperCollins.

Rapid change in the book industry coupled with the post-GFC economy resulted in Pearson reporting a 5% increase in sales coupled with a 5% decrease in profits.  Random House owns 50 Shades of Grey so their profit & loss statement is – shall we say, atypical at the moment?

Fear of Amazon has been attributed as one of the driving forces in this merger.  Amazon apparently owns 90% of the ebook market, a figure that is hard to swallow considering rival ereaders and tablets in addition to the competition selling ebooks in Mobi (Amazon’s kindle) format.

The deal has to endure scrutiny from the monopoly gatekeepers so it won’t be finalised until some time in 2013. 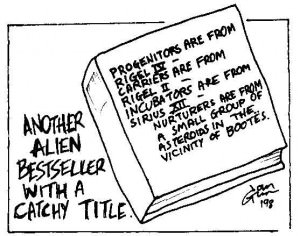