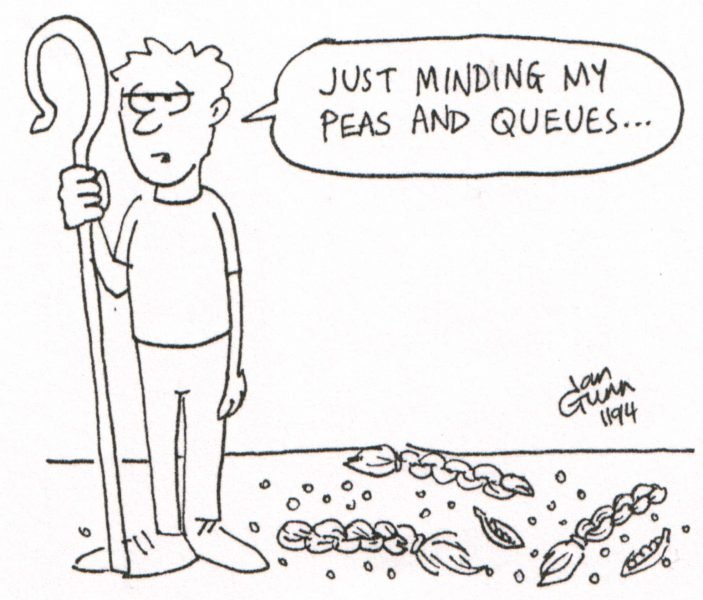 This shepherd* is minding his peas and ques. Peas as in vegetables and ques as in braids or plaits without a head of hair between them. Yep, we’re firmly back in BAD PUN TERRITORY.