Last weekend I attended a SFWA romance writers’ event where we compiled a list of speculative fiction/fantasy stories featuring romance. Afterwards, on the “high” of such a lovely event, I decided to read some more of these stories. I feel the need for some  fun reads, some R&R without super high stakes. So I picked Payback’s A Witch as a starter.

Emmy Harlow fled her hometown, Thistle Grove, 9 years ago. First she attended college then built a life in Chicago. Her decision was motivated in part due to a romance gone wrong with an absolute dick, but she also had aspirations. Emmy did not want to be a nobody, a lowly rung on a hierarchical ladder.

So many people feel the same way. It’s a reason to leave small towns, small states, to move away from families… But moving, running away, is not necessarily the solution.

Shortly after arriving back in Thistle Grove for a once in 50 years event, Emmy meets up with her childhood best friend, Lin, and the former hottest girl in school, Talia. It seems they all fucked the wrong guy and he fucked them over. Add to that, his family is fucking over the other 3 witchy families in Thistle Grove by competing – successfully – with their businesses.

These witches brew a solution: they resolve to work together as much as allowed to win the 50-year competition with magical rewards. Or, at least, to try to ensure the dick loses. Or loses face. They’ll settle for what they can get. Payback’s a witch – or, in this case, 3 or 4 witches.

The dick broke their hearts. Not necessarily because of love but because his selfishness, his gaslighting, undermined their sense of worth and self esteem.

However, broken hearts can mend. Emmy’s return to Thistle Grove heralds an emotional journey where she learns about herself. Life-changing stuff.

And part of that is realising that Talia, the hottest girl in school, is not as inaccessible as Emmy believed. The sexual tension between these two is electric from the time they initially meet after Emmy’s return.

I needed a fun relaxing read and Payback’s A Witch is exactly what the doctor ordered.

There’s an ex in many people’s past like the dick in this story; I definitely have one. Although he’s very dusty history to me now, I couldn’t help but relish the thought of someone teaching him a lesson like this. Especially after he attempted to rekindle our relationship with me as mistress while his de facto – more socially acceptable to him – was oblivious. I literally showed him the door, and relished doing so at the time. But oh, the deliciousness of that type of douche being schooled. I’m sure many will agree with me.

However, the schooling is, ultimately, less important than the healing, new romance, and power dynamics within the town. It’s constructive and restorative, no Gone Girl dynamic here.

After an enjoyable read and a satisfying ending, my biggest concern was that this story is the first in a trilogy. Too often dragging out the drama in a relationship destroys the story for me. However, Harper is a smart witch: the next story focuses on someone else from Thistle Grove, someone who was a minor character in the first story. This is the kind of sequel that I’m here for!

Rating: 4 out of 5
ISBN: 978059333606
Publisher: Penguin Random House in the US, Hachette Australia in (you guessed it) Australia.
Released: 2021
Format: I read the ebook version, hence the photo of the cover on the ipad.
Category: fantasy, romance, light revenge 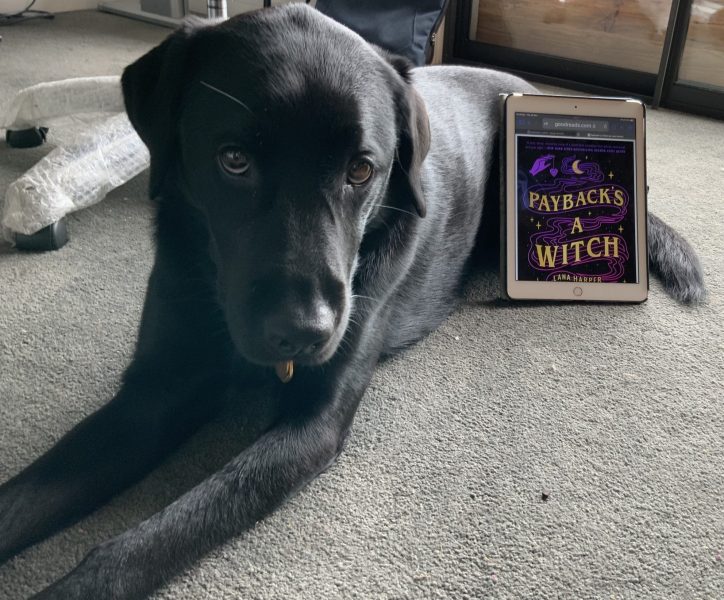