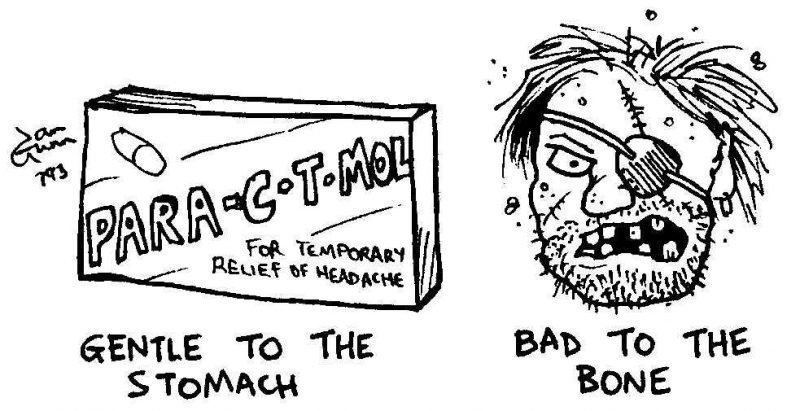 Apparently Para-c-t-mol is gentle to the stomach but bad to the bone. Or at least that’s what the label says. I suspect Ian Gunn is having a laugh at himself here, depicting himself as a piratical user.