Outlawed is a change of pace from my recent reads despite the feminist theme running through all the shiny books right now. Outlawed is historical fiction and alternative history.

Ada is a midwife’s daughter learning to be a midwife herself. However, after a year of marriage at the age of 17, she is still not pregnant so her mother-in-law sends her home. Then measles sweeps through the village, causing women to miscarry. People look for someone to blame so the sheriff comes knocking, accusing Ada of witchcraft. She flees for her life, first to a convent then to join a gang of outlaws who resemble legendary male outlaws except they’re not necessarily men.

Cue outlaw-y hi-jinx and danger, including a bank robbery.

Outlawed features many minorities including people of color who I only realised were colored when they experienced racism. Ada is herself white and learns about racism through the course of the book, especially after developing friendships with people of color.

“Barren” women are, of course, the equivalent of lepers in this alternate history where the Flu killed 9 out of 10 people. The focus on repopulation is immediate rather than religious but religion weighs in with puerile accusations, murdering women, and the majority who are MAGA-types in this 19th century embrace lunatic fringe preachers and their teachings.

And the furore when people prefer non-binary relationships! There is more acceptance of “fatherless” babies than any form of LGBTQIA+ person.

My only criticism of Outlawed is, unfortunately, in representation of some queers. Initially Ada perceives that the gang includes diverse members. She doesn’t know genders. Furthermore, she seems to recognize and accept genders beyond the traditional binary.

However, later Ada says the group is a group of “barren women”. This reductive statement is then repeated. Oh for North to have omitted those reductive statements, then this novel could have been close to perfect representation of minorities as one could hope to achieve.

Mental illness features with Ada’s mother suffering from what was probably post-natal depression in flashbacks. One of the outlawed, The Kid, appears to have bi-polar disorder although it is never named as such. Regardless of their mental health, these characters are beloved of their family-by-choice. The issue is never about love or acceptance, the issue the crew faces is whether to follow someone who is clearly mentally ill.

Disability also features, with characters acquiring physical disability. North engages with disability respectfully, again without ever rejecting the disabled character. In fact, Ada admires how a certain character manages skilled activities with reduced mobility. Another character bears scars after a violent attack. Although initially shocked, Ada accepts this person and, in time, accepts the scarring as part of a beautiful whole.

Outlawed is the Handmaid’s Tale crossed with the Wild West, featuring numerous legendary outlaws rewritten as various genders. North’s representation of minorities is very good. My only substantive criticism is that Ada observes and respects a rainbow of gender in the outlaw gang. Later she reduces that rainbow to the utilitarian statement that the gang comprises “barren women”. I found Outlawed quicker and easier to read than Handmaid’s Tale, in part because it’s less rape-y with women more inclined to express healthy sexual appetites. (Note: the sex isn’t explicit; this is not erotica.) I highly recommend Outlawed.

America Pacifica, a previous novel by Anna North, impressed me so much that I remembered her name and requested this novel for review. 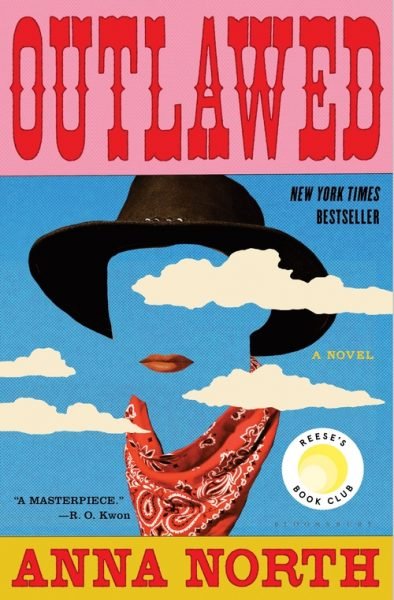