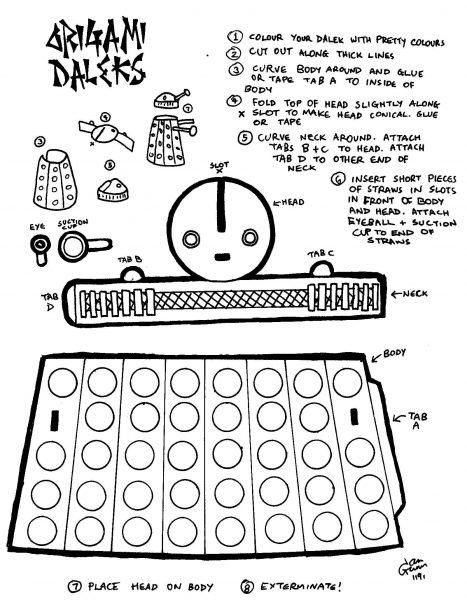 Origami Daleks, the title of this illo is in a font used to indicate ‘Japanese’ without actually having any reference to any Japanese font (typical of Ian Gunn’s era).

If I read these origami daleks correctly, there are some large pieces that are supposed to be cut out and smaller images that are part of the instructions. The text reads:

A few of these would make a respectable paper dalek battalion.