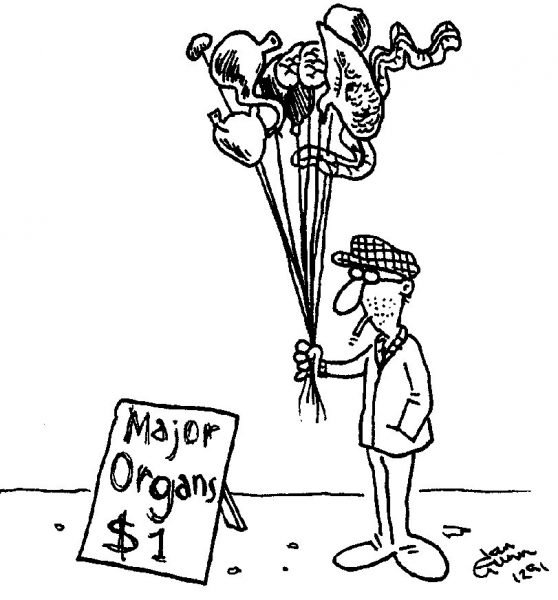 These organ balloons have my head in a spin. What was Ian Gunn thinking?! Were they actually intended to be viable organ transplants in some sci fi alternate world or future? Or are they just macabre horror story balloons?

Time and time again I look at these silly illos and imagine people using them as writing prompts.