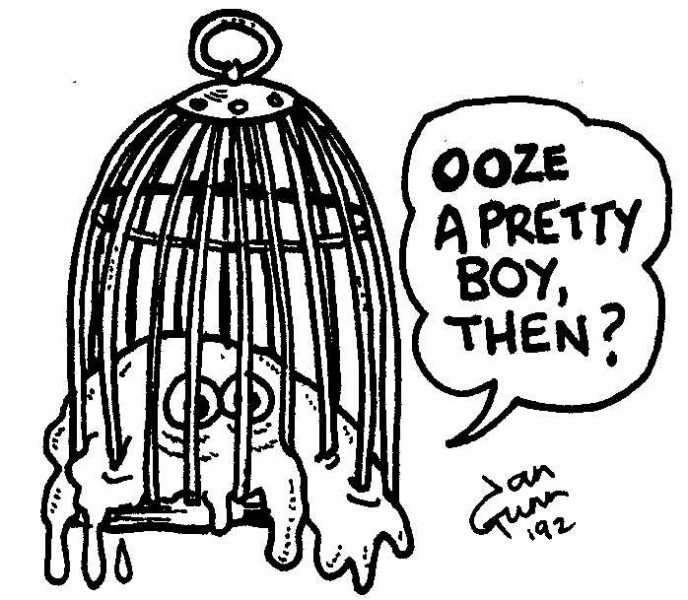 Ooze a pretty boy then?

An ooze rests in the bottom of a bird cage, dripping down below the floor of the cage. Apparently he’s learnt to mimic birds and people too.

After months of fighting with my computer and juggling my partner’s work and, more recently, the Authors for Fireys fundraiser, my computer is supposedly working once more. At least, that’s what hubby tells me. So here goes. Can I post a silly illo? I’m sure I’m not the only person who’s been waiting for the next illo from Ian Gunn.