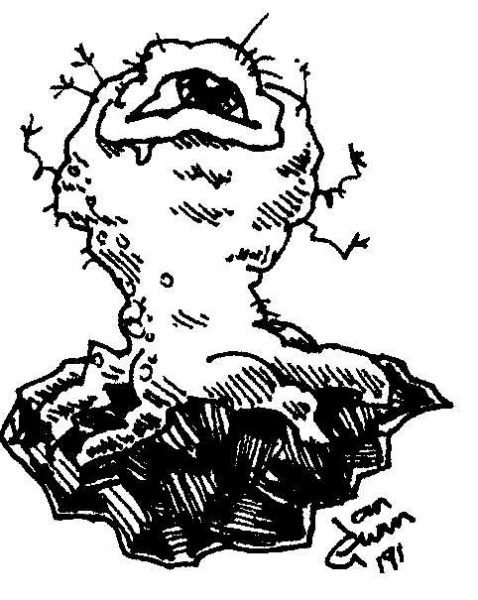 This one-eyed alien is standing on a rock, probably an asteroid. Is it just me or does this ‘person’ look like a bonsai tree? I have bonsai on the brain. Which reminds me, I forgot to water them today! (Hasty exit accompanied by watery noises.)

I guess the alien could also be an eye with a rather hefty optic nerve and root system that’s been cut out and… transplanted? Or is that a chunk of brain?

I think I’ll quit while I’m ahead.