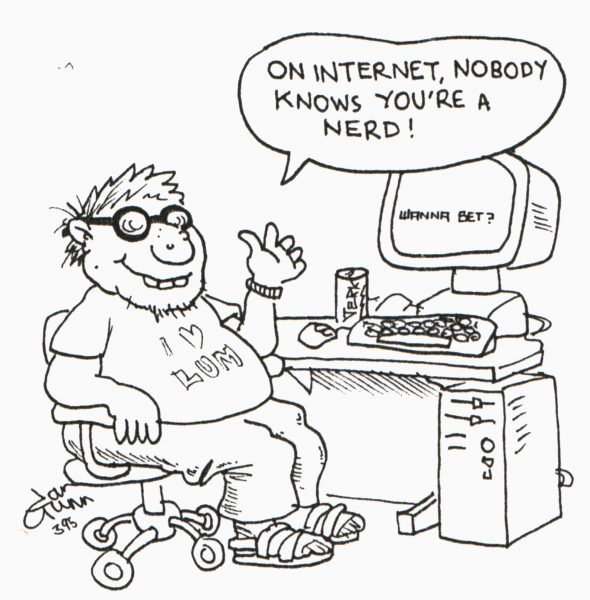 On the internet, nobody knows you’re a nerd

These days everyone is on the internet. Hell, I went to a craft group last week and retirees lectured me on learning to crochet by watching YouTube videos! However, when Ian drew this illustration back in the 1990s, pretty much everyone using the internet for personal interest — and possibly everyone using it for professional purposes — were either ‘nerds’ or ‘geeks’.