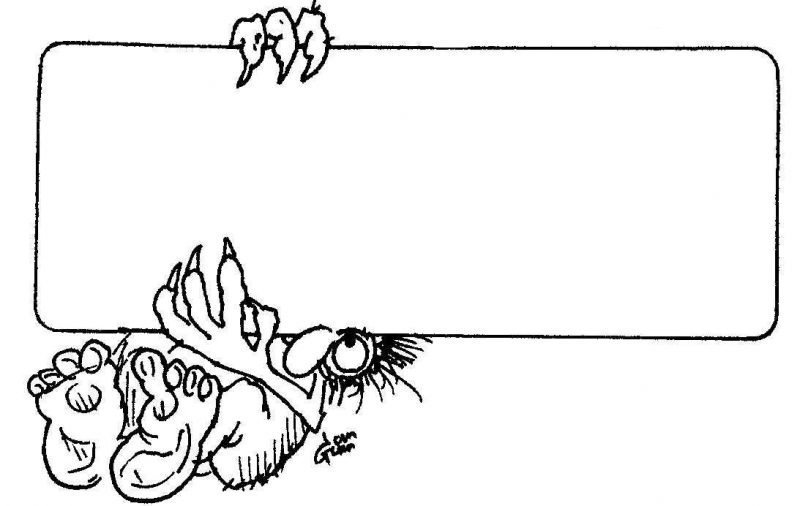 Remember  several weeks ago when Dark Matter Zine published ‘Museum’, a silly illo with a blank space for use in club zines? This ogre is holding a similar sign for the same purpose: to allow someone to write in their own heading.

Some of Ian Gunn’s ‘write-ins’ are more elaborate than others. This one focuses on the to-be-written label with the ogre as an embellishment, which is a contrast with the elaborate ‘Museum’ illustration.

As I said waaay back then several weeks ago in publishing time, I’m going to include these ‘label’ or ‘write in’ illustrations in a set so it’s easy for readers to look at Ian’s ideas and style development.