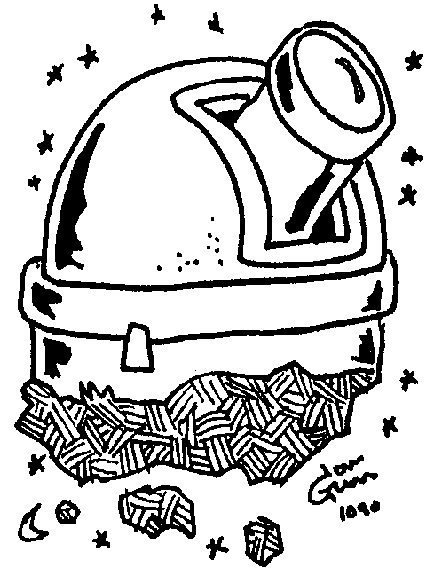 It appears that this observatory is on a little asteroid not much bigger than The Little Prince‘s moon. So the observatory is an Earth-type astronomical observatory but in space. It reminds me of Dark City but in a stellar-stalking way. It also looks suspiciously like a Dalek. Perhaps they’ve evolved again?

Instead of Transformers in disguise, they are Daleks in disguise. Someone please save Doctor Who from Steven Moffat. Oh, wait, THEY HAVE.

I digress. This observatory looks like a giant dalek pretending to be on a purely scientific expedition.