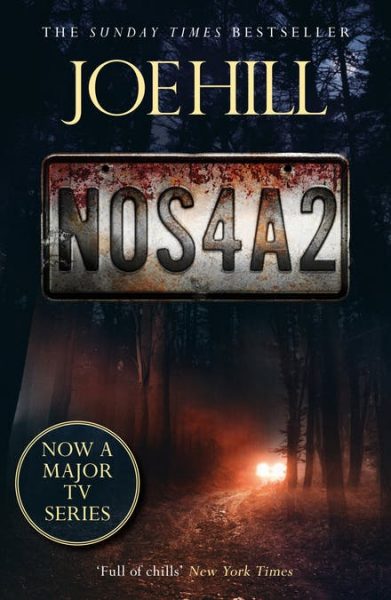 When Victoria ‘Vic’ McQueen was a young girl she had a gift for finding things. She would jump on her bike and cross the Shorter Way Bridge to wherever the lost item could be found.

When Vic has a fight with her mother and father she goes looking for trouble and finds Charles Manx with a gift of his own. Manx has taken hundreds of children away from their parents to the Christmasland with the promise of a world where fun rules and unhappiness is against the law.

Vic barely escapes from Manx and he is locked away in one prison or another until his death. But Charles Manx is not the sort of man to let a little thing like death stop him and now Vic must save her son from Manx before it’s too late. Before he can’t be saved. Before he doesn’t want to be saved.

Do you ever finish a really good book and not know what you should do? Or get towards the end of a book and simultaneously want to read faster to find out what happens and not get to the end because then it’s over? This is what happened when I read NOS4R2.

The version of NOS4R2 I have has a sticker on it declaring it the ‘most terrifying book you will read this year’. The year isn’t even half over yet but I’m pretty sure the sticker does not lie. Hill has managed to create a villain who is creepy beyond all reason. If Charles Manx doesn’t give you the creeps while you’re reading in the safe light of day, I guarantee that when you get up to pee in the middle of the night you will glance at the doorways before passing them.

I loved every character in NOS4R2. The evil Charles Manx and simple yet sick Bing Partridge are perfect villains. Strong and damaged Vic McQueen is an incredibly flawed heroine and this only added to her appeal. Sweet Lou Carmody is the yang to Vic’s yin and their young son Bruce Wayne Carmody is a great mix of the two characters.

I must admit that I fangirled a little bit at every minute reference to other novels by Hill or his father. Are there enough that it seems ridiculous and forced? Not at all. Are they small enough to slip past the uninitiated but entertain fans of Hill and King? Sure are!

Hill has the ability to create a world that envelops you completely and without restraint. Even secondary characters are brought to life with his words regardless of if they appear for two pages or twenty. As soon as I put my nose in NOS4R2 and read, I was there. It is this talent for drawing the reader into his novels that makes Hill an author to keep tabs on and NOS4R2 (Hill’s third novel) indicates he is only going to keep improving.

I recommend NOS4R2 to anyone who enjoys a good, dark horror story; anyone who has enjoyed Hill’s previous novels; and anyone who wants to dive head first into reading horror.

Updated with a new cover because the old cover disappeared.