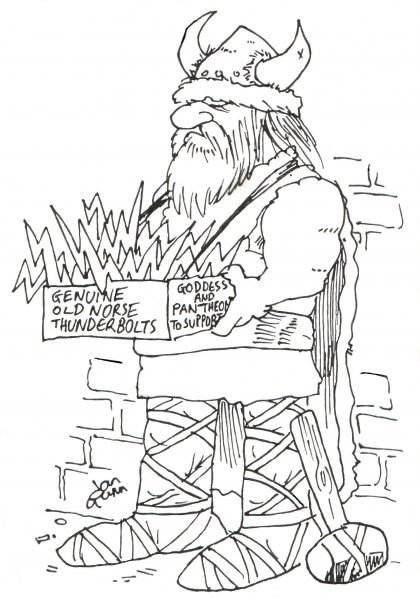 Norse thunderbolts for sale, GET YOUR NORSE THUNDERBOLTS HERE

This Norse god is selling GEN-U-INE Old Norse thunderbolts. He has a goddess and pantheon to support (it says so on the box). He is wearing a two-horned helmet, a sash, belt and cloak. His boots are bound to his feet and legs with criss-crossing straps. A mallet, propped against his leg, looks like a log with leather binding a rock as the hammer end. It’s not the pointy end because it’s not a sword, but it’s the business end. He’s standing against a brick and mortar wall.