The reader discovers a magical circus, a night circus only open under cover of darkness and laid out in circles or a spiral. Thus Morgenstern foreshadows her manner of storytelling, circling around the whirlpool before taking us down, down, to the resolution. Prospero has an unexpected daughter. He invites a colleague to enter a competition, again. His colleague, Mr A H___ (his name as recorded in much of the book) selects a candidate to train. Both mentors’ processes are different. This is an ongoing competition perpetuated for an unknown length of time down through the ages. Usually the setting is secluded, secret. However, this time the competition takes place in a circus.

Just as the circus is laid out in circles, so is the story. We wander from arena to arena in a wide loop around the action, meeting the various characters. Although chapters often begin with the year, it took me a hot minute to realize the story doesn’t progress linearly. Once I realized we had a bit of a Witcher thing happening, the story started to make more sense. And I started noting the chapter headings to mentally slot the action into the timeline.

The Night Circus includes a diverse cast of characters drawn from across the globe. Initially we have the competitors, Celia (presumably white) and Marco (Black I think). Then there’s Mme Padva (Indian), Tsukiko (Japanese) and the Dreamers of many nationalities who follow the circus around the globe. And the children Bailey, Poppet and Widget. Morgenstern avoids discussion of racism, preferring to lead with an example of a global community united by something magical and interesting.

While reading I felt Morgenstern evoking memories of other stories, tropes revisited and stories echoing down through tunnels of paper and film. However, she does so in an exciting new narrative.

Although Night Circus came first, Starless Sea was the first Morgenstern book I read. Or I should say DEVOURED. I adored that novel. The Night Circus is excellent in literary form, imagery, worldbuilding, character and plot. However, it’s a little surreal for my taste. And I do prefer a linear plot. Therefore, although I highly recommend the Night Circus and give it 4 stars, Starless Sea remains my favorite by this author. For the time being. 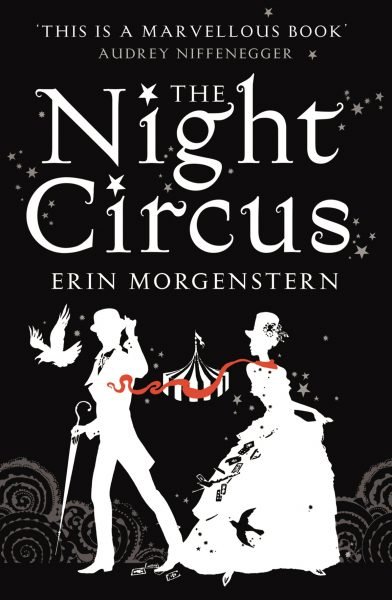