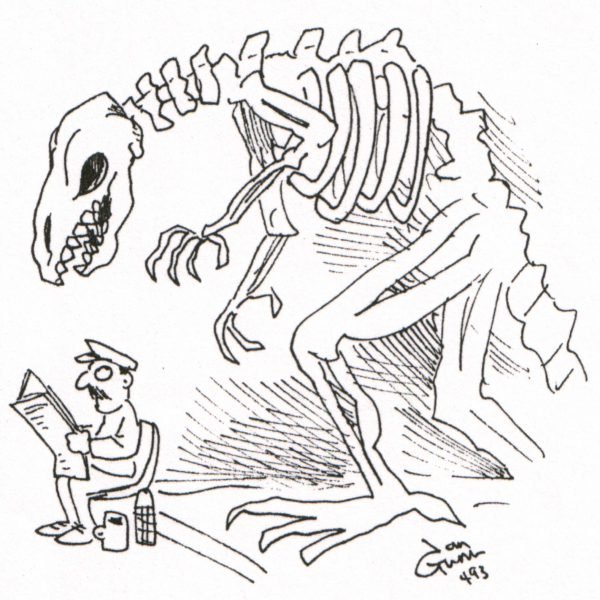 A tyrannosaurus rex skeleton stalks a museum guard. The guard is sitting with his thermos and mug of coffee, reading the newspaper with his back to the t-rex.

Ian Gunn died many years before the movie Night at the Museum (2006) was made. The fact that the guard is reading A NEWSPAPER is a great big hint that this illustration dates back to last century!

However, I suspect Jurassic Park (1993) may have influenced this illustration.