Mystery of the Golden Card is the third in the Trouble Twisters series for children aged 8 to 12 by Garth Nix and Sean Williams. I previously reviewed The Monster, the second in the series.

Jack and Jaide continue with their adventures. The adults’ attention is elsewhere. Thus the twins feel both responsible and free to act. The blurb says:

When eccentric Young Master Rourke dies in suspicious circumstances, troubletwisters Jack and Jaide are sent on a mission by their father to retrieve a lost Golden Card from somewhere within the vast Rourke estate. But secret agents for The Evil are also in pursuit of the card, and the troubletwister twins know that whoever finds it first will gain access to a Gift more powerful or terrible than any other. Together they negotiate secret passages, talking parrots and animated suits of armour, while trying to control their own fledgling Gifts. It rapidly becomes impossible to know who to trust and who might be an agent – even among those closest to them.

Personally I think the blurb says TOO MUCH, giving away spoilers, but it certainly paints an accurate picture of this story. The dominant plot is a race against time to Save The World From Evil (again). Additionally, there are themes of family, friendship, consequences and responsibility. The wholesome nature of these themes coupled with the absence of preaching at the reader are particularly appealing.

You could could, in theory, read this series as individual books due to recaps and the nature of individual adventures. However, I appreciate the gentle movement of a series-wide story arc. The children learn lessons and have adventures while living with the consequences of previous adventures.

The absence of sexism in this series is another strong feature. Without pontificating, the story reveals family dynamics. The absent father pops in and out. Jack and Jaide are themselves equal. Their school friendships develop over time as well.

Mystery of the Golden Card is an engaging story that will appeal to the target age group of 8 to 12 year olds of both sexes and to children of all ages who enjoy a well-written story.

I found Mystery of the Golden Card to be an antidote to the epic doorstopper trilogies and quartets that seem to be all the rage in adult fiction at the moment. I thoroughly enjoy a good solid read, but it is possible to get too much of a good thing. If you’re a reader of adult fantasy but you’re finding it all a bit much lately, sit down with a few quality kids’ reads: it’s like eating the Oracle’s cookie. 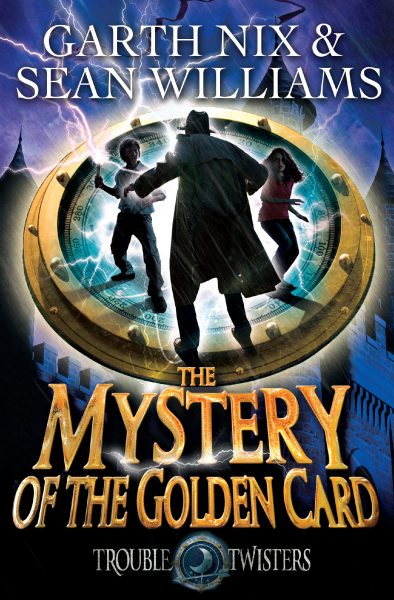