Chris Bellows lives in a house with his alcoholic step-mother, stunning but spoilt step-sister and hunky step-brother of ambiguous intelligence level. After Chris’s dad committed suicide — a GFC termination — Chris works his ass off to maintain a scholarship at his private school and look after his step-family so they don’t get ideas about pitching him into an orphanage. But he’s not Cinderella, not really. (Or so he says.)

Madness reigns in the Fontaigne-Bellows household until the steps step out to the Autumn Ball, a $1000-a-ticket event for New York’s elite. Chris slumps on the doorstep, sulking because he’s the only one missing out.

Coco Chanel Jones is kicked out of her taxi because she forgot her purse. She’s walking along the street, heading to the ball, when she spies Chris. She drags Chris along with her while phoning a friend to bring a jacket and shoes to dress Chris up, then gets him in backstage. Coco is part of an entertainment troupe: African-American drag queens singing golden oldies, thereby catering to both the conservative and the more edgy in the audience.

Chris is wandering around backstage when his too-big shoe flies off his foot — and nearly hits JJ Kennerly in the face. JJ is heir to the Kennerly political family (the Kennerlys are meant to be the Kennedys). Chris and JJ gaze into each other’s eyes and fall in love. Chris hears his step-sister, Kimberly, approaching, so he flees into the night.

JJ dances with Kimberly then, the next day, visits their home to return Chris’s shoe and sneak a kiss. The problem is everyone thinks JJ is interested in Kimberly… and JJ’s political ambitions motivate him to maintain a certain appearance. And even Chris hasn’t come out to anyone — not even his family — yet.

Thus begins a tale of coming out, political expectations and social intrigue set in present-day New York, a Cinderlla tale with all the complications of social media and paparazzi.

Only a skilled writer with intimate experience of coming out could deliver such a delicious, nuanced, realistic romance enmeshed with fictional renditions of historical characters. My Fairy Godmother Is A Drag Queen is the best retelling of Cinderella that I’ve read.

New South Books’s website says My Fairy Godmother Is A Drag Queen is suitable for ages 14 and over; I agree. Although there is sex, it’s referred to, not described. 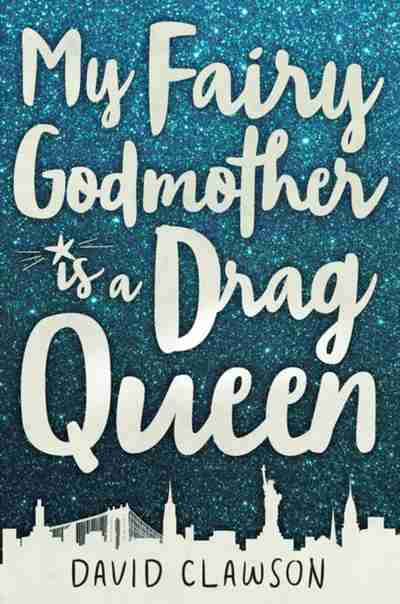