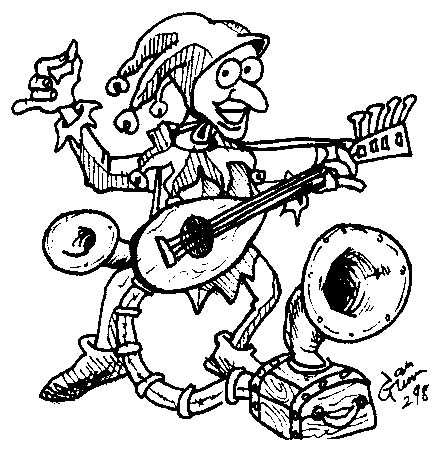 This musical jester is a one-man band. He’s playing an instrument that looks like a cross between a lute and an electric guitar. At first I thought he was operating brass instruments via a bellows at his feet but I’ve changed my mind. I think the trumpets are actually a steampunk amplifier because they’re connected to a small trunk at the musician’s feet.