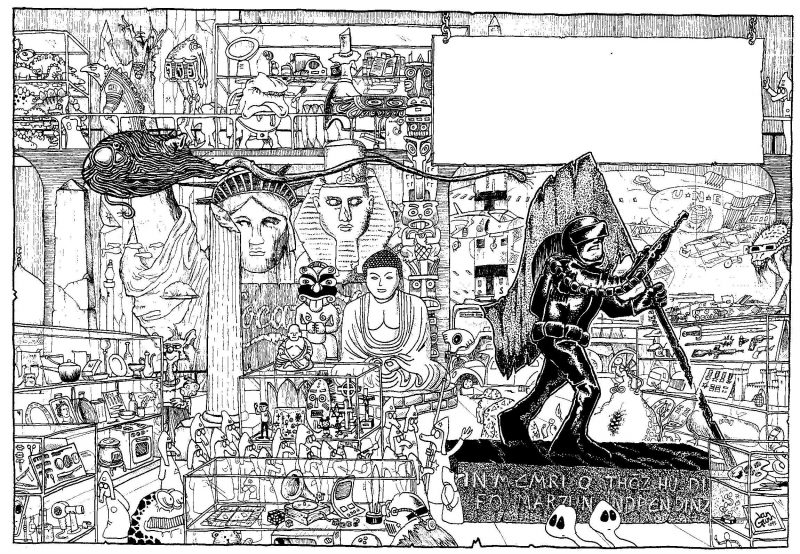 Chain links suspend a blank sign in the top right hand corner. This illustration is itself an artefact: it’s one of Ian Gunn’s labels. He drew many illustrations with blanks intended as labels for others’ use.

I haven’t previously used the ‘label’ list that is now at the top of this page. Over time I’ll go back through Dark Matter Zine‘s Ian Gunn library. I’ll edit Ian’s label illos to include them in this list.