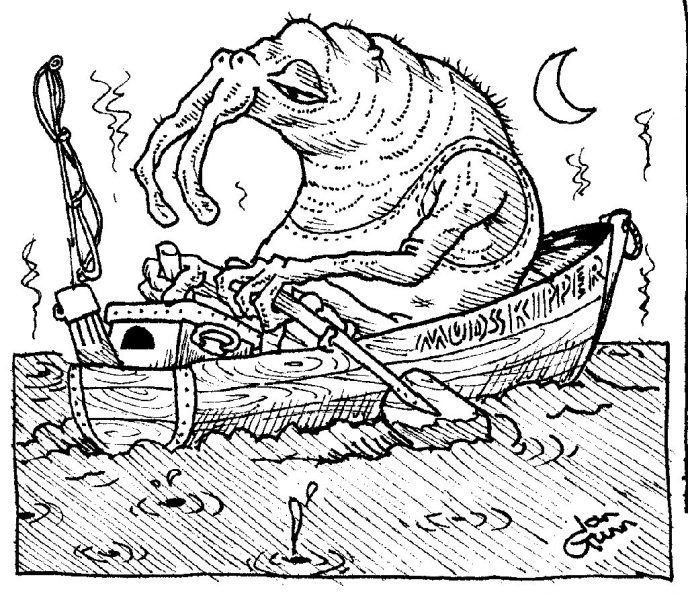 The Mudskipper is a little rowing boat. An alien is rowing by the light of crescent moon. Gas bubbles rise to the surface and pop, releasing a foul smell. The alien is going fishing with his rod and tackle box.

I wouldn’t want to eat what he catches.

Mud would be too solid to fish as we know it — unless the alien environment makes it the equivalent of water. I would have thought a harpoon or maybe a rod with an anvil attached would be more fitting. Any thoughts? Comment below.