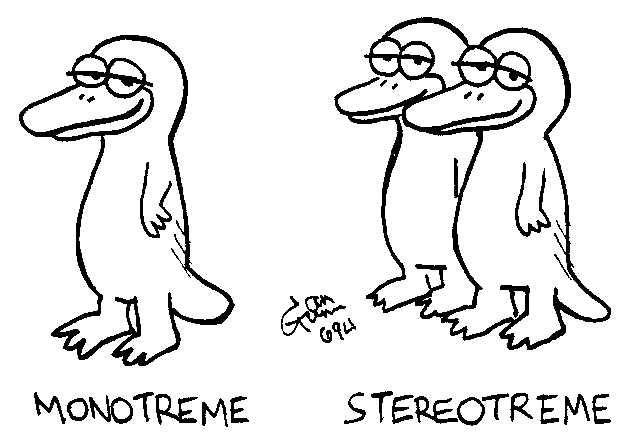 A monotreme is a type of mammal that, at first glance at the Wikipedia page, seems to consist mostly of Australian mammals. A platypus is a monotreme (pictured).

Ian decided a couple of monotremes would be a stereotreme, or pair of platypuses. These days Stereotreme seems to be a person online.