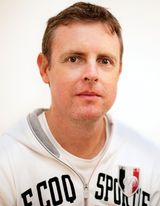 Finishing a series well… what does that mean for a reader, or an author? As with most questions related to writing (and publishing), the answer is it depends.

Endings are where any differences between an author’s vision and a reader’s collide. If a reader has fashioned an imagined story that isn’t quite rooted in the text, then they’re in for a rough time. And as an author, the people who have made it this far are your biggest fans. They’ve lasted through possibly first book syndrome and middle book syndrome to the final book of a series. They have expectations and that means you won’t be able to keep everyone happy… You are walking a fine line at this stage of a series. Elements that you as an author believe are personal victories are going to be complained about. But that’s writing — you can’t please everyone!

It’s important the ending is thematically appropriate. An epic series is usually many stories wrapped up into one. The tales are different: some tragic, some humorous, some heroic. All of the tales have a different tone, each ending has to gel thematically, and has to fit with the tone of the story as a whole. If a dark, gritty story finishes with happiness and rainbow unicorns and fluffy kittens, then the ending clashes with the tenor of the story, and readers are probably not going to be happy! Or maybe they will be…

Closure needs to be felt by the reader, a sense of achievement and, perhaps, a sense of peace. Characters need to earn what they’ve achieved and their experiences and sacrifices have to mean something. Sacrifice is an important component to endings, especially if it’s at a time when the reader thinks there’s no way out of a situation.

Everything has to make sense in the universe — resolve threats/conflicts in a way that don’t challenge the readers’ suspension of disbelief. Don’t have an unfailingly moral character do something unequivocally evil! Or a character who has been altruistic all the way through the series suddenly become an ass.

As for me, I like to leave a few threads hanging and let readers imagine what happens after. I believe if there are still questions in the reader’s mind, it adds to the sense of realism. And it’s fun to be left wondering… a little bit, anyway! Fantasy series tend to get so big there are too many threads to resolve but don’t leave big questions unanswered — wrap up the major promises you’ve made as an author. Conclude this particular arc, but leave enough to promise more to come. I like to think my fantasy worlds are complex and rich enough to support many more novels. I never want to finish a story so conclusively there’s no going back.

When he was eleven, Mitchell Hogan was given The Hobbit and The Lord of the Rings to read and a love of fantasy novels was born. He spent the next ten years reading, rolling dice and playing computer games, with some school and university thrown in. Along the way he accumulated numerous bookcases filled with fantasy and sci-fi novels and doesn’t look to stop anytime soon.

His first attempt at writing fantasy was an abysmal failure and abandoned after only one page. But ideas for characters and scenes continued to come to him and he kept detailed notes of his thoughts, on the off chance that one day he might have time to write a novel. For ten years he put off his dream of writing until he couldn’t stand it anymore. He knew he would regret not having tried to write the novel percolating inside his head for the rest of his life.

He now writes full time and is eternally grateful to the readers who took a chance on an unknown author. Mitchell lives in Sydney, Australia, with his wife, Angela, and daughter, Isabelle.

Mitchell Hogan’s A Crucible of Souls