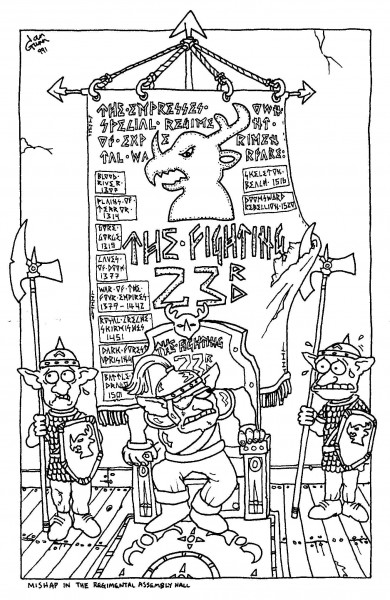 Mishap in the regimental assembly hall

In medieval times as in fantastical worlds, warlords have their equivalent of the Iron Throne. Woe betide any shield bearer or bodyguard who should have a mishap in the regimental assembly hall.