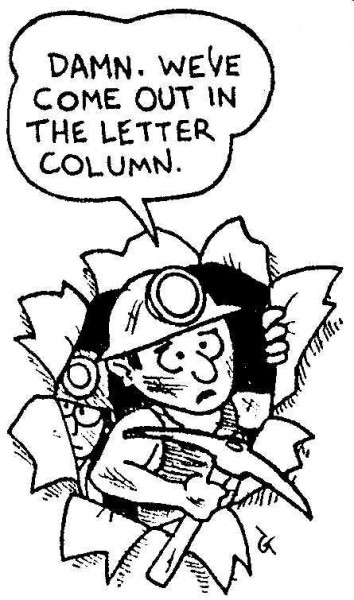 This miner is mistaken: he’s come out in your device. Ian Gunn drew these silly illos for paper zines back in the 1980s and 1990s, adding fun and flavour to his local zines. These days he would have drawn this with a shattered screen instead of torn paper.