Midnight in Everwood is a fantasy novel set in a non-magical world where Marietta lives with her parents who plan to force her into marriage very soon. She’s a ballerina, rehearsing in her home studio when she first sees Dr Drosselmeier on the street. This is no Romeo and Juliet situation: when the Doctor looks into her window, straight at Marietta, she shrinks into the shadows.

Drosselmeier pursues Marietta, courting her and her family with gifts. He bestows his presence liberally upon them while others compete for his attention. However, Marietta wants to become a professional ballerina instead of marrying only to submit to her husband and give up dance.

Drosselmeier builds a set for Marietta’s Christmas performance of Sleeping Beauty. He pursues her. So she flees, hiding in a grandfather clock on the set.

Suddenly she realizes that, like Lucy in Narnia, she’s in another world.

This is the backstory for a romantic fantasy reboot of Alexander Dumas’s Nutcracker.

To be honest, I never really “got” ballet. I think it’s beautiful and a feat of athleticism but as a storytelling medium it eludes me. Perhaps that’s because it’s so visual that, without words, I cannot see what is happening. However, I’ve never been able to instinctively interpret codes, metaphors, etc; I require a key to enable me to unlock these mysteries.

If I had known that the Nutcracker was originally a novel by Alexander Dumas, I may have read it previously. However, Kuzniar’s new novel provides a key to a feminist telling of the story that I suspect is more my cup of coffee than the original.

I love Marietta’s cellmates in this new world. The three women live together and commiserate together over many months. Not only does their budding sisterhood cause Midnight In Everwood to excel at the Bechdel Test but they are role models for women suffering under the patriarchy everywhere.

In the current environment of rethinking traditional ballets due to their racist and sexist overtones, this retelling of the Nutcracker strikes all the right chords. Not only does Midnight in Everwood provide Philistines like me with a coherent narrative, but it’s also a feminist romantic tale of empowerment. Think Neil Gaiman’s Sleeper and the Spindle and the novel version of Stardust. Also more than a hint of Narnia and every good sisterhood story you’ve read: I’m thinking a soupçon of season one of Good Girls. I also love that the story is from a ballerina’s point of view. 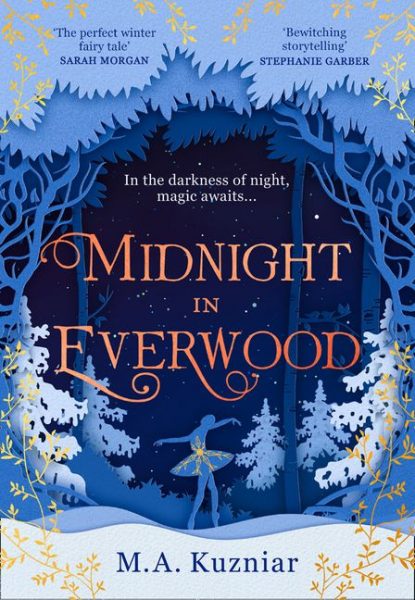