Last year Play it again: the Popular Memory Archive was launched as a joint effort by a number of universities to collect and record Australian and New Zealand computer and computer games history, focusing on the 1980s. Their latest project is microcomputers and writing your own game.

If you had access to microcomputers in the 1980s chances are you played a text adventure. You may have even written one… 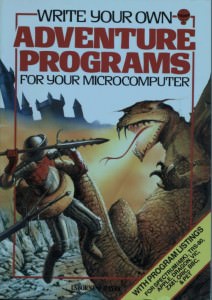 We want to know want you used your microcomputer for in the 1980s.

Text Adventures were popular not just to play but to write with many magazines featuring listings for typing in at home and guides to writing your own.
There were some distinctly Australian Text Adventures with Grotnik’s Software’s “Bunyip Adventure” (1984)  taking the biscuit for its parade of Australiana.
So don’t be a complete drongo and go and have a butchers. We would be happy as a box full of birds if you had a bit of a yabber about your own adventures.

The original email is here. You can also join the mailing list or read previous emails at that site.