The deal for worldwide rights was negotiated by Angry Robot Senior Editor Lee Harris and Boatman’s agent, Rasheed McWilliams of the Kneerim & Williams Literary Agency, and includes two books: Last God Standing (Spring 2014) and Who Wants to be the Prince of Darkness? (2015) 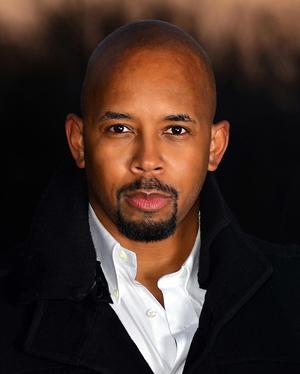 Michael Boatman spends his days and nights pretending to be other people. For a living. He’s acted in television shows; China Beach, Spin City, ARLI$$, Anger Management, Instant Mom, films; Hamburger Hill, The Glass Shield, Bad Parents, and Broadway plays. After many years in his chosen profession he’s decided to chuck it all and seek his fortune as a writer. (Just kidding. He secretly dreams of changing the world as a talkative mime.)

As a writer, Michael has published a short story collection, God Laughs When You Die, whilst more short fiction has appeared in anthologies and magazines such as Weord Tales, Horrorworld, and the Dark Delicacies and Dark Dreams series.

You can reach him on Twitter here – and do, welcome him to the Angry Robot Army!

Michael Boatman: “I’m ecstatic for the opportunity to work with the good folks at Angry Robot! After reading great novels like The World

House and Zoo City I suffered one of those ‘Eureka!’ moments, thinking Angry Robot might provide the perfect home for Last God Standing. Bold and subversive, A.R. just felt right.  After more than a decade of writing fiction, and with my fair share of acceptances and rejections (mostly rejections) I submitted the manuscript and prepared for the inevitable ‘Thanks but no thanks,’ as any writer must if he hopes to avoid a steady diet of Thorazine fish-sticks. But lo and behold, Angry Robot said ‘yes’ Their acceptance confirms that I haven’t gone completely bonkers. (At least not yet!)”

Lee Harris: “I was delighted when I received Last God Standing from Michael. I’ve been an admirer of his television work since Spin City was first broadcast nearly 20 years ago, and Michael’s writing is as accomplished as his performance work. Last God Standing is precisely the sort of book Angry Robot’s list was missing – smart, pacy, with exactly the sort of irreverent humour that appeals to our readers.”

When God decides to join the human race and see what all the fuss is about, all Hell breaks loose. For fans of Tom Holt and Christopher Moore.

When God decides to quit and join the human race and see what all the fuss is about, all Hell breaks loose.

Sensing his abdication, the other defunct gods of Earth’s vanquished pantheons want a piece of the action He abandoned

Meanwhile, the newly-humanised deity must discover the whereabouts and intentions of the similarly reincarnated Lucifer, and block the ascension of a murderous new God, while all the time trying to manage His rising career as a standup comic

Go forth, and spread the word!

So that’s it folks; more good news from the team that has, in the last few weeks, brought another Chuck Wendig deal, as well as Ramez Naam, to you. I can’t promise there won’t be more good news forthcoming, but don’t worry, I’ll measure out the happy pills so we don’t get too carried away with ourselves.

Any questions or queries, I’m a-waiting

*Yes, we are allowed be happy…but only on special occasions…