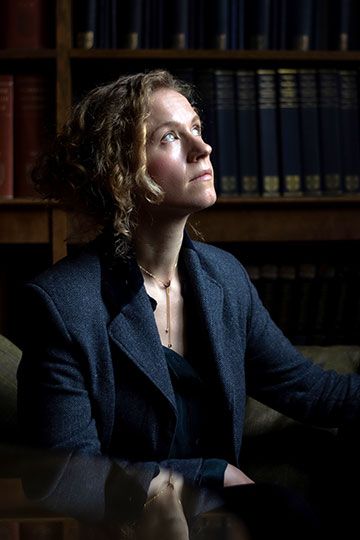 My special guest for this podcast is Menna Van Praag who was born in Cambridge, England and studied Modern History at Oxford University. And who sets her novels in Cambridge. Need I say more?! Yes? Ok.

After studying Modern History at Balliol College, Oxford, Menna returned home to Cambridge to study creative writing and work as a freelance journalist and script reader for BBC Films and TV. After publishing her first novel in 2011, she began teaching creative writing at institutions including Cambridge University’s Institute of Continuing Education and the Cambridge School of Drama & the Creative Arts, before joining ARU as an RLF fellow in 2021 where she also teaches a ‘History of the Novel’ module. (Try saying THAT three times fast!)

Her publisher says “All Menna van Praag’s novels, excepting Happier Than She’s Ever Been, are set among the colleges, cafes and bookshops of Cambridge, England”. She’s the author of five magical realism novels, all set in Cambridge. She says she reads too many books & eats too much cake.

Pst: here’s a review I wrote of the first book in her series, the one before the one that was just released.

My apologies to Menna, “her” people (publicists, publisher etc), to my listeners and anyone else. This podcast is late. I’ve been in and out of hospital yadda yadda AND my iMac decided it’s going to, for example, LAG FOR 30 SECONDS TO 5 MINUTES nearly every time I type something really basic. The minion took it to the Genius Bar, came home and followed some of their instructions, only to lose access to all the files on an external hard drive and… well. DRAMA DRAMA.

ANYHOO, now the minion is using HIS (non-disability accessible) computer to publish this podcast for me. And we’ll look at fixing the iMac later. Hopefully next weekend.

I’m writing this on my iPad so fingers crossed the formatting is ok. Apologies if it isn’t: I usually compose on the iPad then edit in WordPress on the desktop. But we’re muddling through.

Thanks to Menna, her people who organised this interview, to you my readers and listeners and to anyone I’ve missed. Maybe thank the minion who did the audio edit and has now taken the poddy and my text and put it in the back end of my website while my computer is down? Maybe. He he.

Stay safe and wear a mask. ESPECIALLY if you go into a hospital! (Yes there is a story behind that statement.)