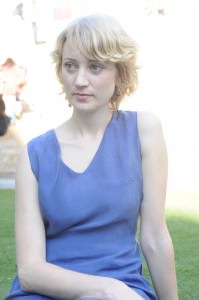 What does it mean to you to be an Australian woman writer?

Confession: I guess I still identify more as a New Zealander, despite having lived here almost 16 years, and having taken out dual citizenship a long time ago. It’s hard to let go of your homeland, and I don’t want to do that, ever.

Technically I fit the definition. But more importantly, after living (and writing) here in Australia for so long, I definitely feel a sense of belonging, and certainly feel that I’m part of the Australian writing community. I really enjoy being part of the female contingent of that hugely diverse collection of scribblers – there are so many fantastic female writers here, and I’m lucky to count many of them among my friends and colleagues; in my experience, it’s a friendly, vibrant and supportive community.

I also identify as a feminist, and believe that part of that involves a commitment to being supportive and respectful of other women, both those working in my field and females more generally. I’m sure that creeps into my writing, too. I admire strong female characters who don’t conform to stereotypes, who are adventurous and courageous and do things you don’t expect.

What are your thoughts on the Australian Women Writers Challenge and the Stella Prize?

I strongly believe that these two initiatives are both positive and necessary. On the gender question, the Arts is meant to be a progressive field, but to some extent I think we’re kidding ourselves about this. The truth is that the literary/book world doesn’t exist off in some pure little bubble – we’re still subject to the same structural inequalities, unconscious biases and powerful cultural undercurrents that persist across wider society.

That said, I was shocked when I read the figures comparing how many male and female writers showed up in the reviews sections of major newspapers – and again, how the major literary prizes stacked up in terms of gender distribution. The issue was sparked off by some 2010 research, undertaken by a US literary organisation called VIDA, which found that The New York Times Book Review reviewed nearly two books written by men to every one written by a woman. The figures for Granta, The Paris Review and Poetry were similar.

As for literary prizes, here’s Jane’s summary of the gender balance for just one of Australia’s major book prizes, the Miles Franklin Award (incidentally, named after a female author). Since 1957, there have been…

This is just the tip of the iceberg, a symptom of a wider pattern that repeats across many different publications and awards. I mean, you can’t argue with these stats, they’ve been gathered in a methodologically sound way, but hell: they’re very disconcerting. And logically, they leave you with two options: either male authors are superior to female authors in terms of talent and skill; or there are some underlying structural factors skewing the figures. It doesn’t take a genius to pick the latter scenario as being more feasible.

That’s a problem – a big problem. The Stella Prize is one initiative that’s been set up to address this problem head-on – or at least provide some antidote to it. The Prize will aim to highlight quality writing being produced by Australian women, and should also help the winning and shortlisted writers reach wider readerships, thereby raising their profiles and giving their careers a welcome boost.

Gender questions aside for a moment, in a climate where publishing is struggling, it’s always healthy to encourage our local literary industry – to get more readers discovering, enjoying, discussing and debating “Australian” books and writers, however that is defined. There are so many amazing books being written right here, under our very noses, and encouraging people to discover the treasure created in their own backyards will pay off in all sorts of ways. A flourishing local industry will result in a richer creative environment, for both readers and writers.

Are you participating in the Australian Women Writers challenge? If so, what is your level of commitment?

Not in any formal way as a reader, no, although I totally support the initiative – and I’m certainly participating as a writer!

My main reasons for not participating actively in a reading role are a) I already try to balance my reading so that I’m devouring books from both male and female authors in roughly equal proportions; b) I’m doing a PhD in creative writing, and the critical part of my thesis involves interviewing both female and male authors of various nationalities about something quite specific: how they use experiential methods to research sense of place. Thus, my reading is already subject to certain restrictions and parameters; c) reading is one of the few unfettered pleasures of my life: it’s an escape, a sanctuary that I hold extremely dear, and I don’t want to put any further restrictions or limits on who or what I read for pleasure in my very limited downtime, including where the author was born, or lives.

How do you think the AWWC has impacted on the reading and writing communities in Australia?

It’s too early to draw any major conclusions, but it’s already clear that it’s encouraging more people to read more books by local authors with the XX chromosome profile! Given the alarming figures we’ve touched on above, this can only be a good thing. I can’t see any potential negative impacts; I think anyone who claims that the AWWC will have any detrimental impacts is likely to be either ill-informed, or scaremongering, or trying to get attention by being “controversial” (yawn). Anyone who’s in doubt should read the very accessible and starightforward studies on authors and gender that have been done in the past couple of years, then ask themselves the hard questions: what’s going on here? How do I explain these figures? And should I maybe cast an eye over my own bookshelves…? If the XY authors heavily outweigh the XXs, maybe you’re missing out on something!

Meg Mundell’s first novel Black Glass (Scribe, 2011) was shortlisted for the 2011 Aurealis Awards (in two categories), and highly commended in the 2012 Barbara Jefferis Award. Meg’s short fiction has appeared in Best Australian Stories, New Australian Stories, Australian Book Review, Eureka Street, Meanjin and Sleepers Almanac, while her journalism has been published by The Age, Sydney Morning Herald, Financial Review and The Monthly. Meg holds a BA in psychology and philosophy, and an MA in creative writing, and has taught at the University of Melbourne, RMIT and Swinburne.